I have a Valkyrie Scout fused with a Unicorn Vivifier, using an artifact with Haunting Memories on it. I thought I could get the dead Scout to possibly revive itself with it, but after tens of hours, I haven’t seen the attack trigger a single time.

The problem with Memento Mori is that even though it triggers, it does 0 damage most of the time, and extremely little damage the rest of the time.
I have an Apis Defender fused with an Enclave Amaranth. I took some screenshots to show that the high defense Apis Defender is attacked, takes damage, triggers Memento Mori, but does 0 damage to the low defense Centaur Runner. Now this one enemy turned out to have Life Strength on its artifact after I started taking the screenshots, but I experienced the same thing on multiple enemies that didn’t have that, and across multiple realms.
Other traits in my team are: Urh Harbinger, Supersonic, Celestial Fortitude, Jailbreak, Fool’s Axiom, Endurance Aura, Anomaly, Infusion, Exalted Detriment.
The reason I think something’s wrong is that even though I use Anomaly, my Valkyrie Scout does good damage thanks to Exalted Detriment, which, like Memento Mori, is based on a percentage of defense. 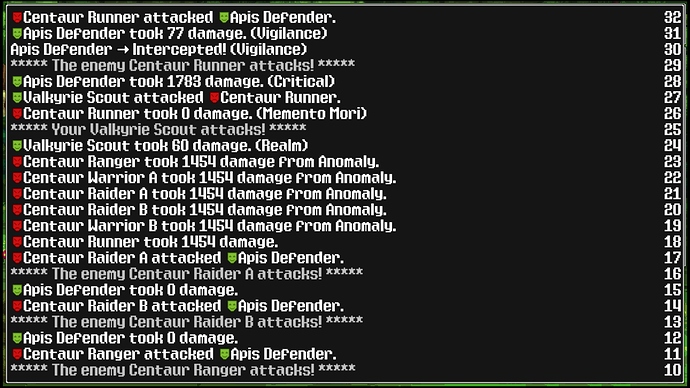 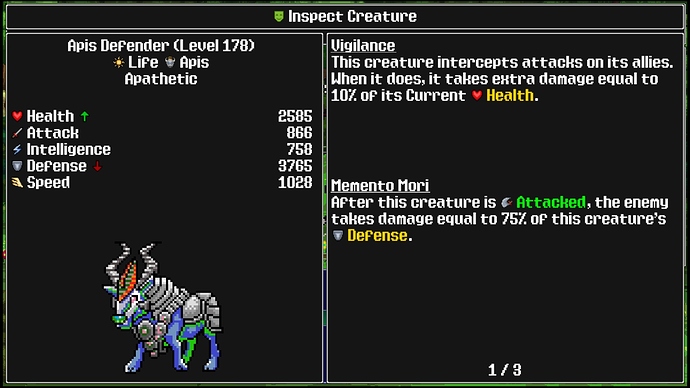 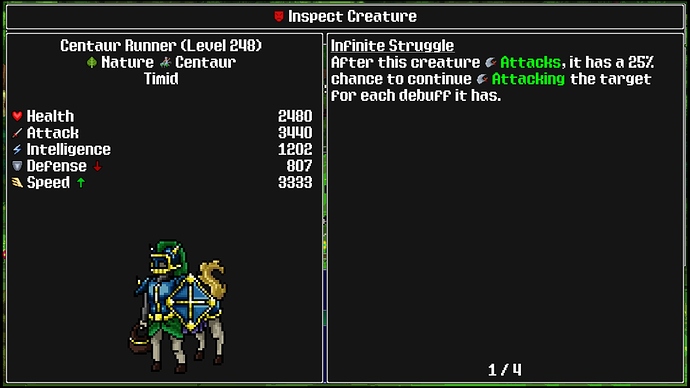 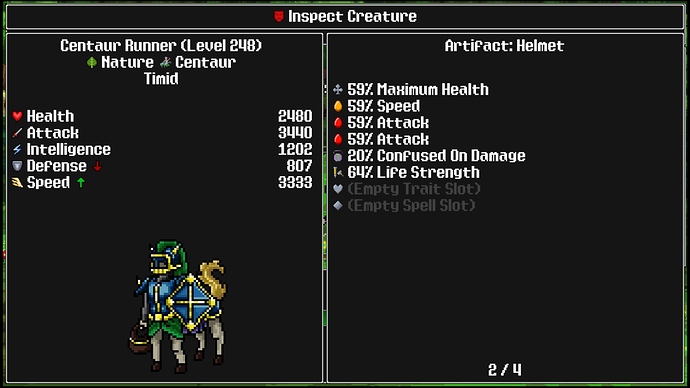 Might as well add another thing I’m having trouble with: Spirit Link. When an enemy has this, I do about 13 damage to each enemy (times 6 due to Anomaly) instead of the ~1500 as seen in the combat log above. Seems like it somehow disables Exalted Detriment, since 13 damage is about what I’d expect without that trait. 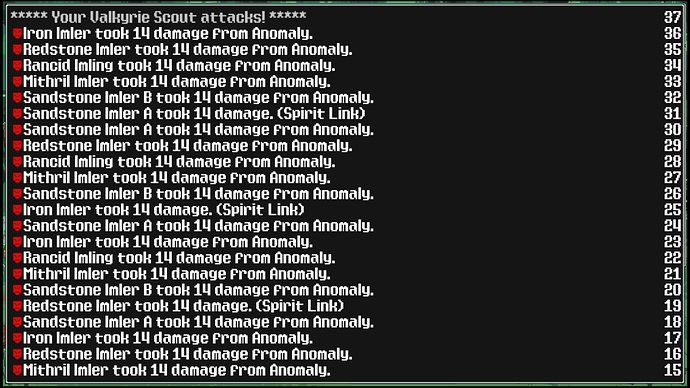 I’m pretty sure all of these bugs come as a result of Anomaly and Spirit Link (as you mentioned). I’m planning to redesign these traits in the future, so I probably won’t fix these bugs since they will be obsolete soon anyway. Thanks for the information!