Floating text also doesn’t mention normal battles, so I figured this might just work in any battle, but I tested it against both a Nether Boss and a Rodian Creature Master and it worked against neither. Possibly isn’t a typo but instead a bug with the Gem Piles

Similarly, this doesn’t work against neither Rodian Creature Masters nor Nether Bosses, contrary to the floating text as well:

Probably should be “… small, crying …”

I found one as well. It would appear the spell shellbust has been spelt wrong.

I believe it should be shellbuRst

Missing space; should be “… Arena is …”
Superfluous hyphen; should be “… outdo …”
Plus it seems like it actually shows the last Arena streak, instead of the best.

Should probably be “… furious, keening …”

Should probably be “… sickening, crunchy splat, …” and maybe even “A barely identifiable, fleshy chunk …”

Superfluous hyphen; should be “… off guard!)”

Should probably be “A large, sticky …”

For consistency, this should probably be “… Bat …”

Probably should be “Skulls Collected …”, particularly since bones can also be found in Great Pandemonium. 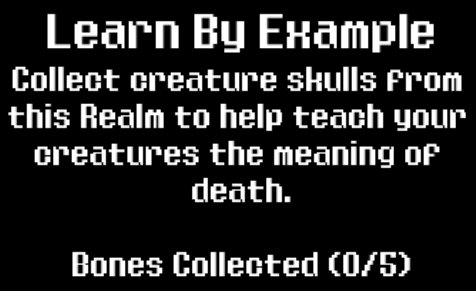 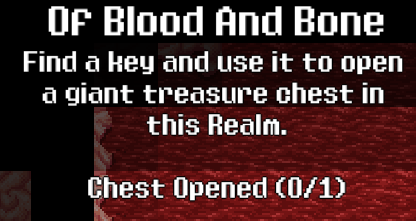