Just figured this out.

The trait says it should prevent dodging from creatures that have the disarmed debuff, but the realm property Chance to Dodge seems to ignore this trait entirely. This combat log shows an immediate turnaround on this, with the Swordslime creature itself in the party, alive, and that the debuff went through properly with nothing to remove the debuff from the Master Shapeshifter. 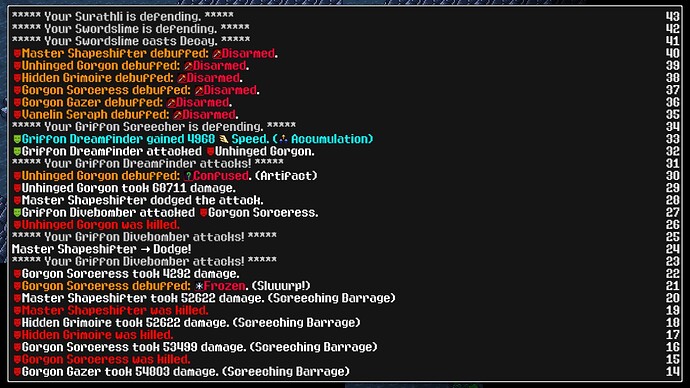 This is laughably easy to recreate. The stronger the %chance to dodge realm property’s effect, the easier it is to do.

The trait [Yuck] says “Enemies that are Disarmed cannot dodge or deal critical damage.” There’s no mention of it failing to work against the realm property or independent chance to dodge in the description, nor does the Chance to Dodge description say it ignores traits that prevent dodging.

There probably needs to be something in the trait to detect the realm property, or just independent chance to dodge in general if that’s what’s causing it. Either that, or an update to the description of the trait or realm property if that’s intended.