Unsure if this has been reported already or if it’s intended, however I think it’s not.
Took me a bit of testing but finally figured it out, basically you can make spells gems that target a single enemy but induce some kind of damage to other enemies like Chain Lighting or Cyclone Strike to not consume charges under certain criteria.

Here my Chain Lighting has ‘Casts on Extra Target’ while my Cyclone Strike doesn’t. However, one of my creatures got the Incarnation trait which can lead to either of those to cast on multiple targets.

If any of these spell gems gets to target more than one enemy either by the property or trait, the charge will NOT be consumed.

On this case, as long Chain Lighting ain’t being used against the last enemy alive it will consume no Charges because the Cast on Extra Target will always happen as long there’s an extra enemy.

On the case of Cyclone Strike will only not consume charges if the Incarnation trait is proc.

I tried with other kinds of spells but only these seemed to not consume charges for me for unknown reason but this is what I got. Probably happens with any other single target spell that damages other enemies too. Should be looked into. 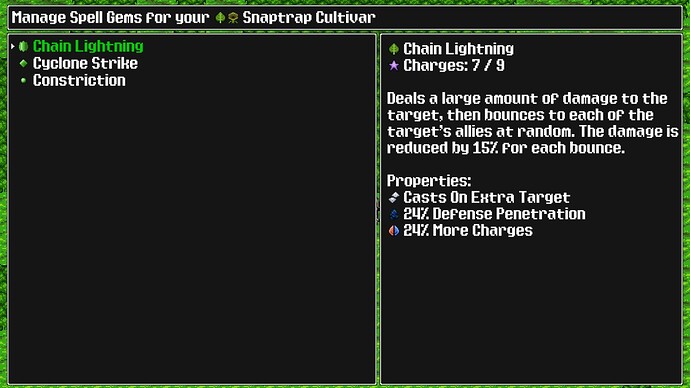 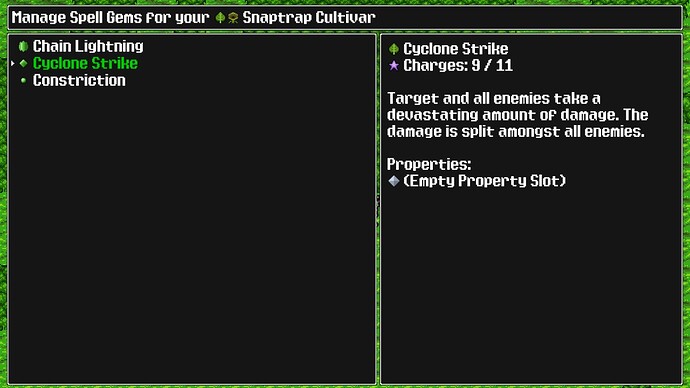 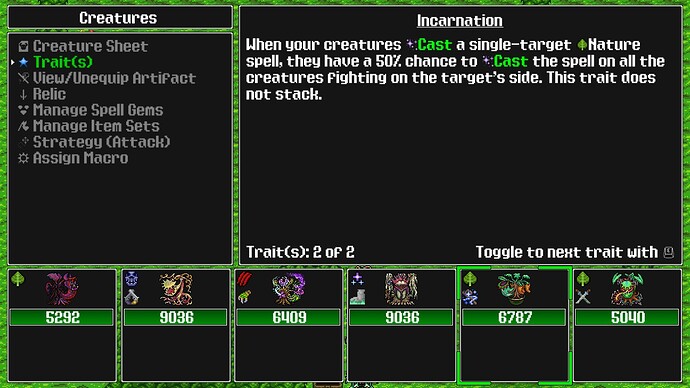