Similar issue to the one recently reported regarding Chrysaor’s Ambition. Trait just fails to function a significant amount of the time. Attacks frequently damage the creature even when it is below 65% health. I have isolated two particular scenarios where the trait routinely fails, but there are still plenty more cases where it fails with no discernible reason.

Trait fails many other times as well, with no consistent scenarios that I’ve been able to isolate. Possibly critical hits, but the log doesn’t specify whether a prevented hit was critical or not, so no good way to confirm. I have seen both criticals and non-criticals deal damage below 65%.

UPDATE: I’ve encountered the bug significantly more when playing as the Paladin, which increases health based on defense. Possible that the health calculation for the 65% threshold is incorrect when the creature’s health value is modified in combat. Hanti & Jihi also modify health value. Perhaps this is part of the issue.

Sample logs from an occurrence. Apis drops below 65%, one attack is prevented, then a lethal hit is delivered through Long Live. 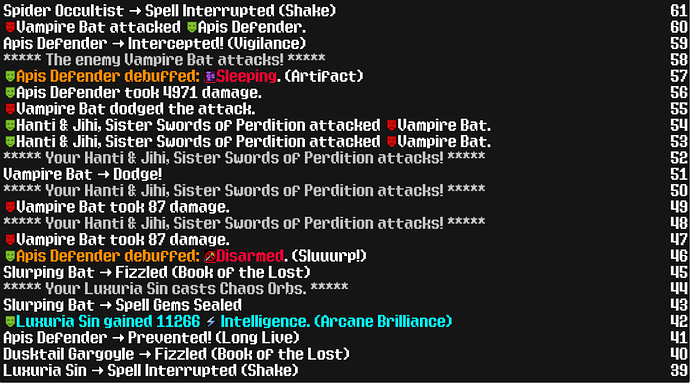 Finally pinpointed the commonality in the remaining seemingly random cases. It is actually visible in the previously posted log. While examining a log with Nix Shadowjumpers attacking multiple times, landing some hits, it’s become clear that it’s the interaction with Vigilance. Long Live is failing to prevent damage from intercepted attacks. So that makes three cases where Long Live fails: