The trait states that you can equip 1 extra spell gem per shapeshifter on your team but when the trait is equipped to an artifact the spell gem slots remain the same for each shapeshifter. I can’t confirm nor deny the other effects of the trait being bugged though. 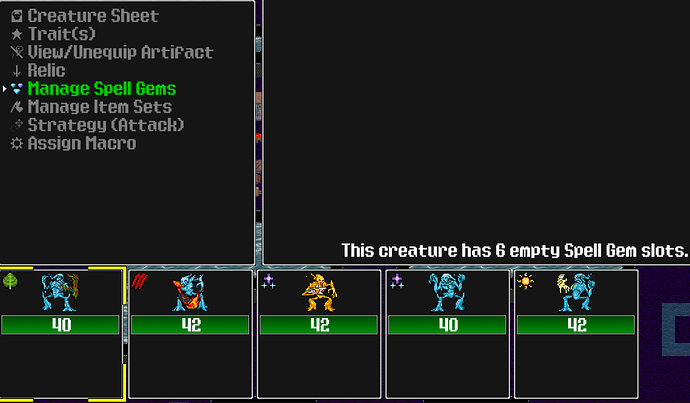 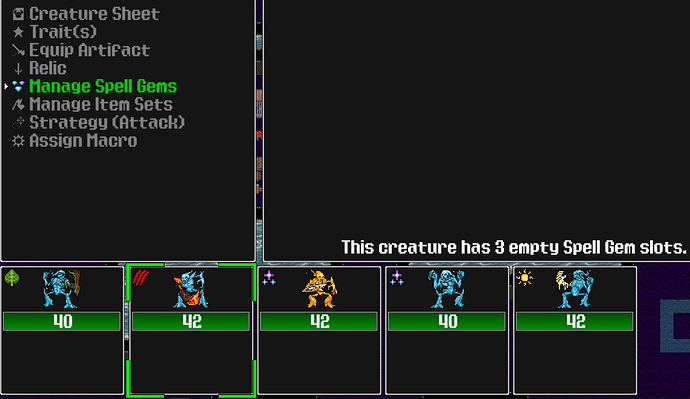 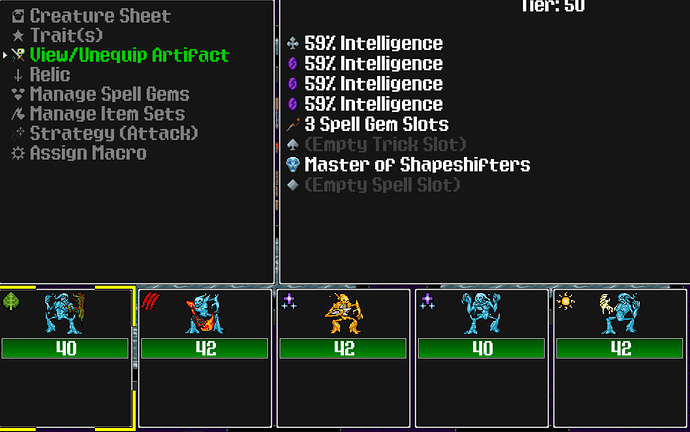 Thanks for the report! You might be able to get around this bug for now by restarting the game while the trait is equipped.

Unfortunately no luck on the restart either

On another note, how are you using an all shapeshifter team?