I have been trying out Purgatorian, in particular using a Tanukrook + Mimic to start every fight by killing my team and powering up hugely. However I’ve noticed that the Madness & Medium perks don’t seem to be fully functioning, and in particular, about half the time, when I cast or attack 5 times from the perks, none of the hits will do anything?

It’s not like they’re dodged or something, it just seems like nothing actually happens, there’s no message or indication of anything, it just plays the 5 animations and moves on. I’ve included some Battle History Logs of a few times this happens, where it indicates nothing at all seems to be happening, in particular once for regular attacks and once for Murder of Crows, there have also been times when my dead creatures have cast spells such as Acid Bomb and Shield Slam 5 times in a row and like the Tanukrook’s attack, nothing happens and there’s no indication why - however I didn’t get pictures of those logs. 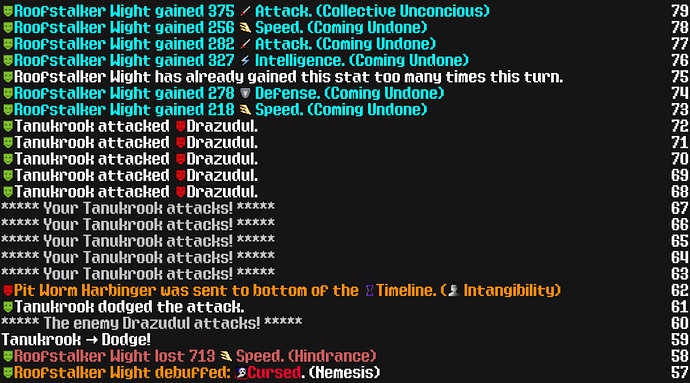 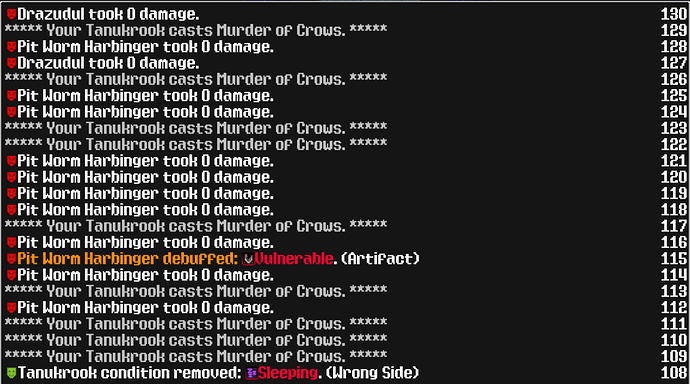 An Update - I removed Misery from my Build because all the casts of Murder of Crows added a lot of time to the battles but none of my creatures did much damage with it, and this bug stopped happening.

I believe the cause must be to do with the Misery perk.

Have the Same Problem Using a Similar Tanukrook build but the Murder of Crows Spamming seems To Mesa with his attacks. Removing the perk fixed it. Still sad though Since it would add a lot of damage to the Build