Hello! Opening this up to report couple of minor bugs that been in-game for a while along a new one with the latest update. Couple might be not bugs but I’d need some clarification because they really confuse me the way they are.

as far I know, you’re supposed to be able to add in your castle the same of a decoration as much as you want, while the Utilities only once of each. However some of the decorations you get from the dwars are limited as if they were utilities for some reason, this has been this way for a while so am not sure if intended, don’t think so given you are unable to purchase the same tables again. 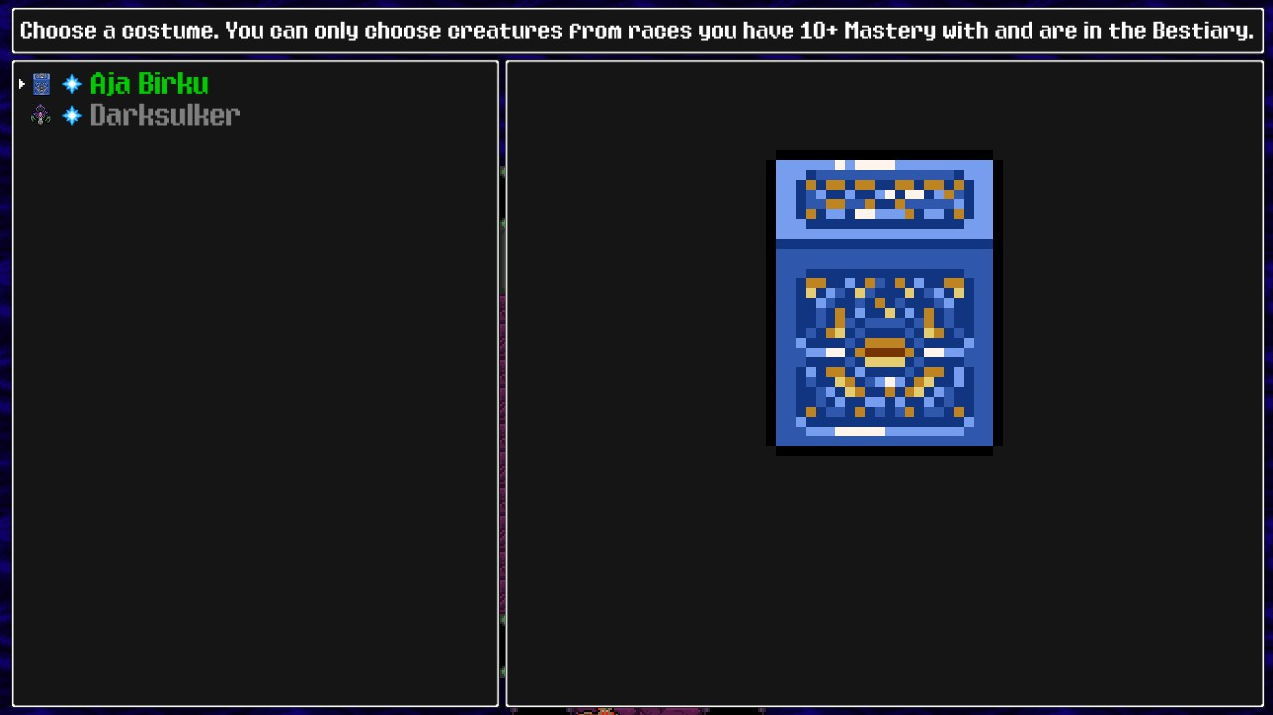 Got my first Godspawn the other day, but it wasn’t Aja Birku, it was Darksulker, I noticed that it also gives you the right to transform into it which is understable given they are not quite part of the Masters system. However it should only be unlocked the Darksulker transformation here, no idea why Aja Birku is here, I don’t even have a project available for it up yet, so I assume must be a bug. 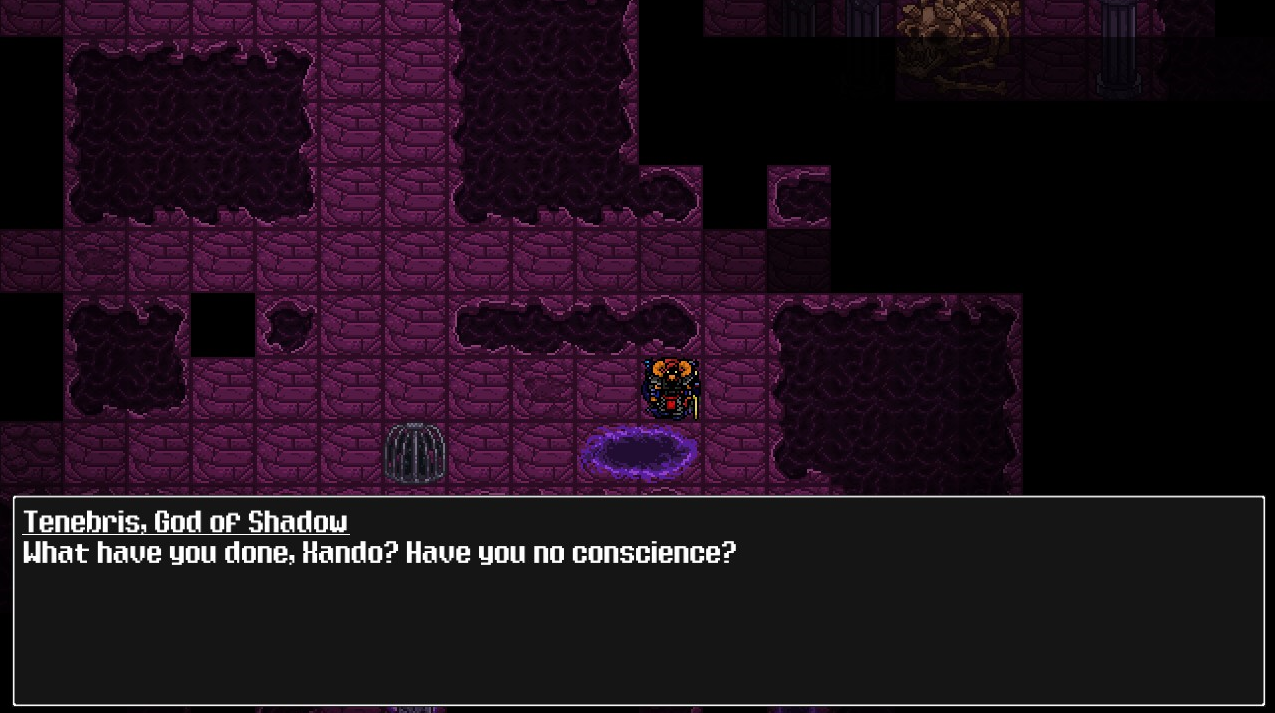 So far for every other god their sprite appears on screen when they call you out for killing a Treasure Golem, however for Tenebris there’s no sprite on-screen for some reason, this been this way for a while too.

I was about to report the Damnation bug here too but that was already fixed so it’s all good there.

Thanks, I’ve fixed bugs 1 and 3 for the next patch. As for #2, do you have Aja Birku in your bestiary even though you haven’t summoned one yet?

Just checked and yes, it is here and haven’t summoned one at all. Come to think of it, I might have seen one in a Master fight or something? I don’t really remember but am recalling seeing one outside the story fights of course. Either way thanks for the fixes! 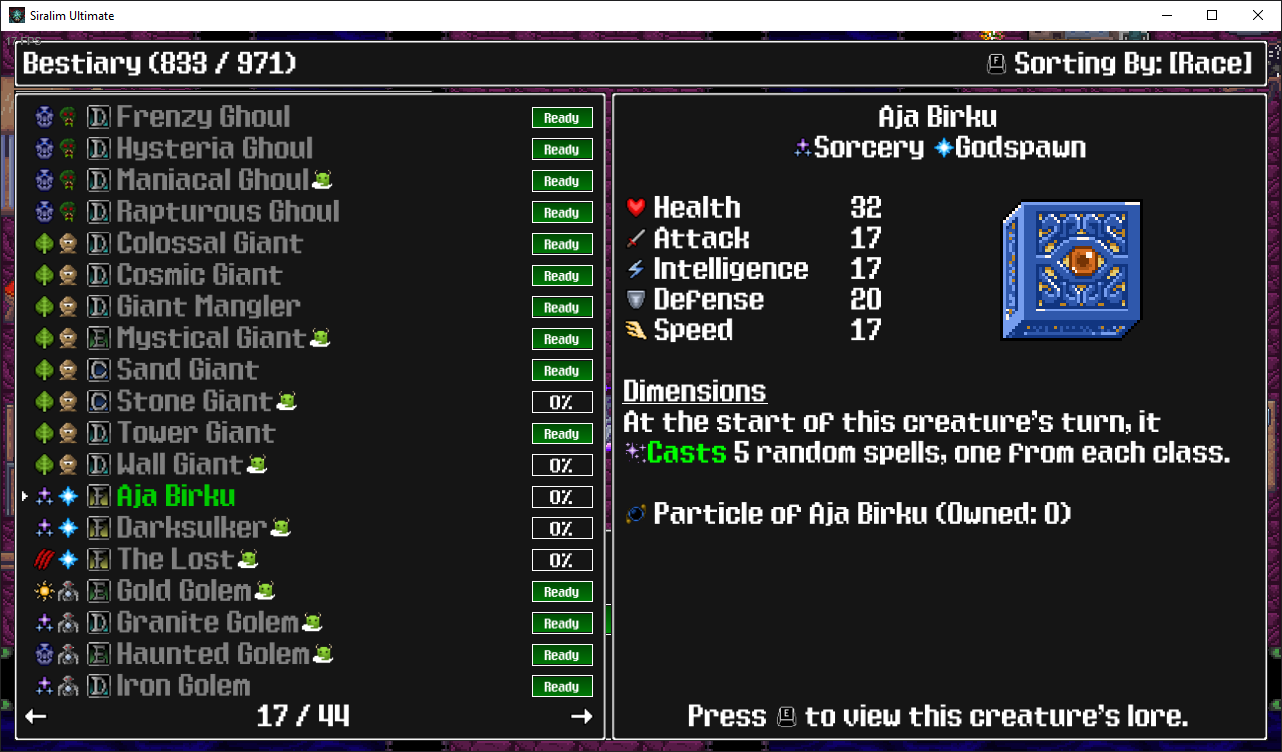