0.9.10 Randomizing at the teleporter not changing hidden realm properties 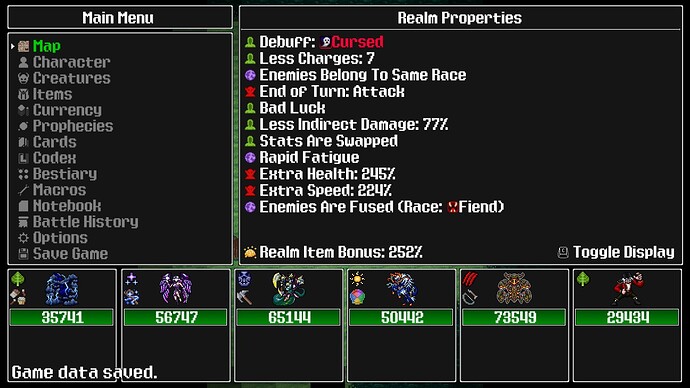 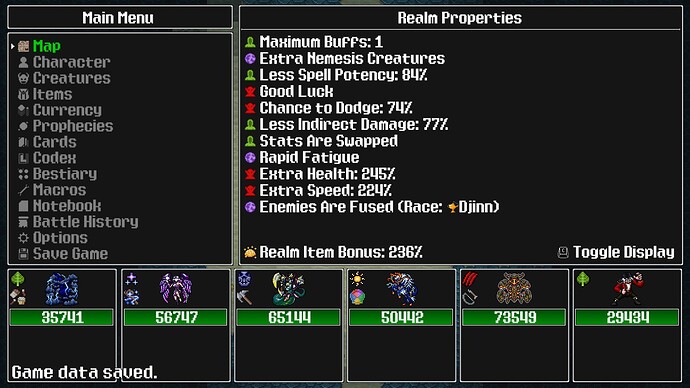 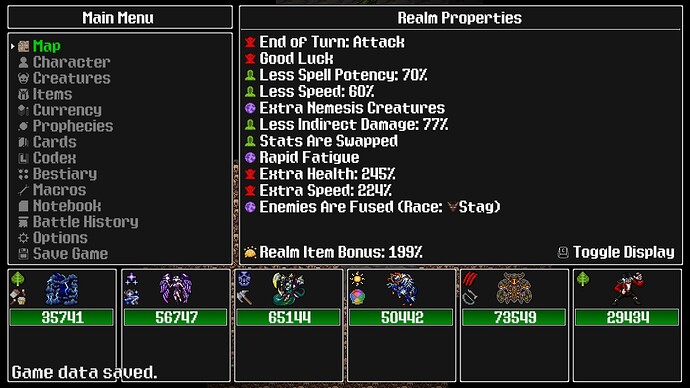 20210428190232_11280×720 162 KB
The bottom half of these modifiers rolling the same this many times through sheer luck is impossible,. Completing a realm quest updates them just fine, its just rerolling thats the problem.
Some people on the Discord have told me it updates fine for them, others were having the same issue.
I have no idea what it could be, save file is attatched save.zip (123.1 KB)
Platform is Windows 10
Zack April 28, 2021, 6:11pm #2

The fact that it re-rolled hidden properties before was a bug that has since been fixed on the test branch.

I see, thanks for the reply. I looked for it in the patch notes and didn’t find anything, so I thought it was bug.

Wait, it seems odd to not re-roll hidden properties. That would mean your realm bonus would be limited by what was chosen initially.

Though I guess theoretically this prevents people from memorizing values of modifiers so they could guess what hidden properties might be, but it still seems a little strange.

So if you were to want a higher item bonus on your current highest realm (for bosses likely) you’d have to do realms at lower depths until you get high value hiddens?

Ah, I thought I was just cursed and kept getting “resurrect on death” every time I reset it. That’s the one hidden property that makes me restart the game since it can be truly frustrating.