I’ve been trying to figure out where this bug comes from for a while, and I finally nailed it down to enemy Avarita Sins. Whenever the enemy team fields one, my creatures stats are heavily modified.

The picture below was taken in a fight against six level 35 Avarita Sins on RI 0. In normal battles this creature has approximately 700,000 speed; the values shown are roughly consistent with the stats the creature would have had at level 35 given its current traits and equipment. The Sins do not appear to gain my creature’s lost stats.

As always, I’m playing on the Windows version. 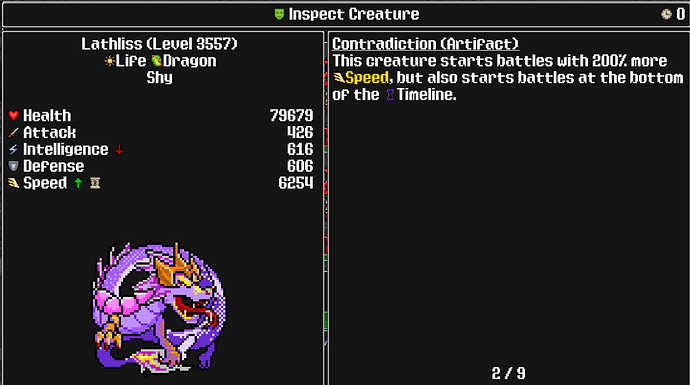 Can confirm, something is quirky with the monster, on both sides of the field. When you have one vs a candled 6, you steal their stats, too, from my experience.