0.9.11 - Windows - Flood Familiar/One For All not given the expected number of Ethereal Spell Gems

This is a…complicated issue to document, but I’ll try my best.
I’m using a team based around Flood Familiar, Alakadan casting Unanswered Prayers, the Cabalist Perk Quickdraw, the Master of Familiars Trait and a Diamant fused with Djinn Evoker(Mega Bomb), to gain a top of spell gems and cast a ton of spell, to gain maximum effect out of Master of Familiar and thus have my Diamant end off a chain of casts (some of them powerful Avatar spells) with a super powerful Mega Bomb boosted by the increased Intelligence from Master of Familiars and Ton of Ethereal gems from both Generous spells, Diamant’s own Skyttels and Flood Familiar’s One For All.

I noticed that well I was maxing out my casts per a turn, my Mega Bomb was not as powerful as expected, so, I checked and I was not getting the 75-80-ish Ethereal spells gems expected from One For All, but more on the order of 19-34 on different creatures. 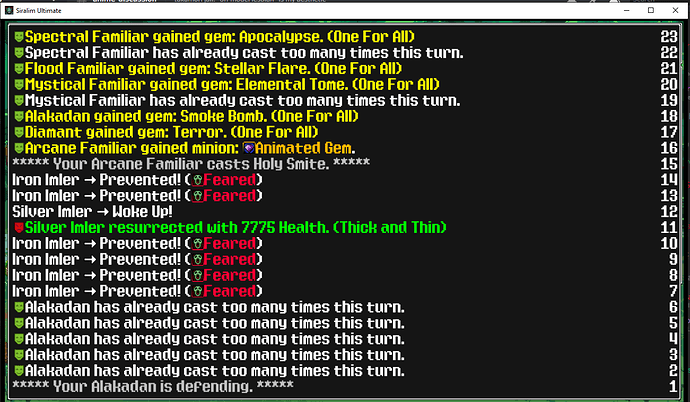 But creatures have fewer than expected Spell gems 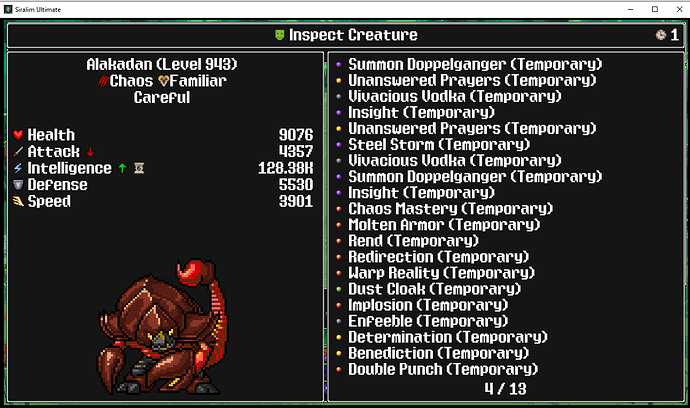 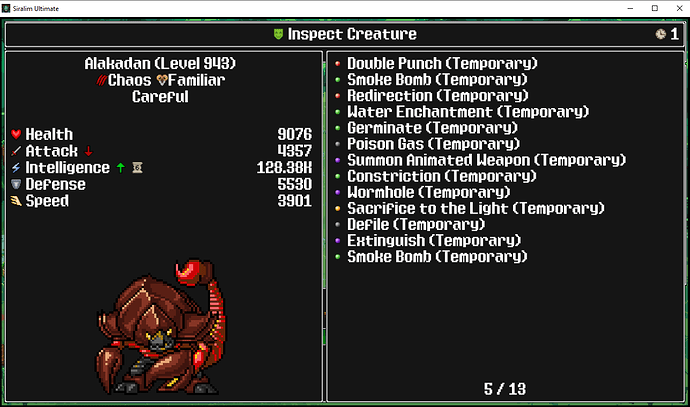 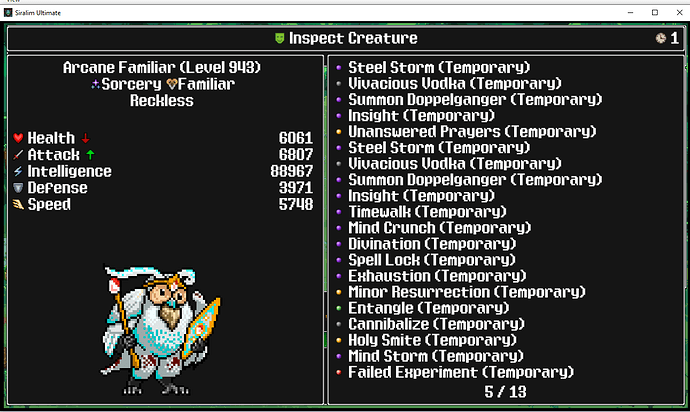 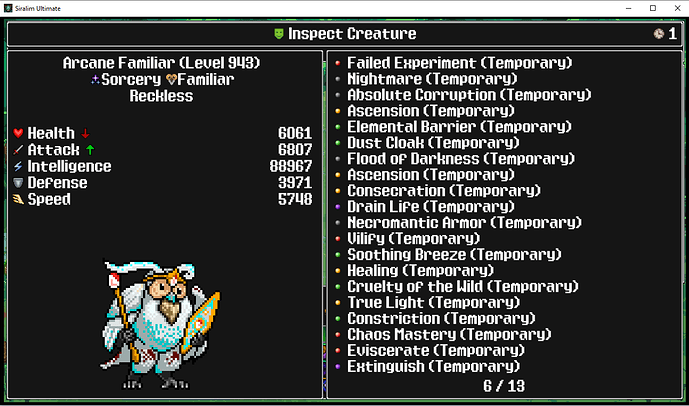 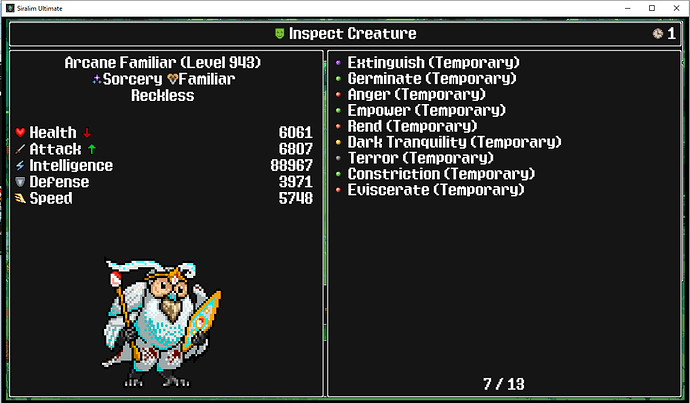 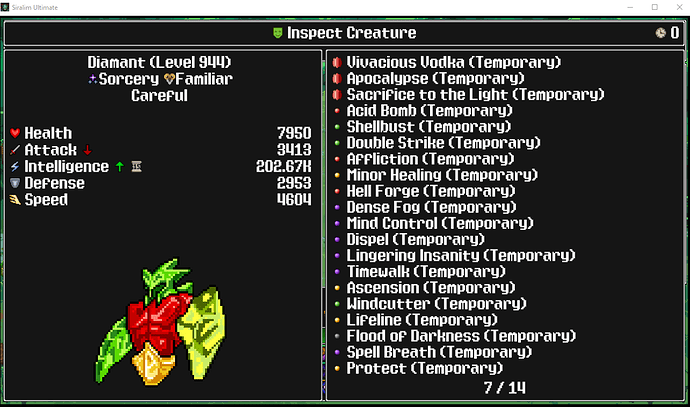 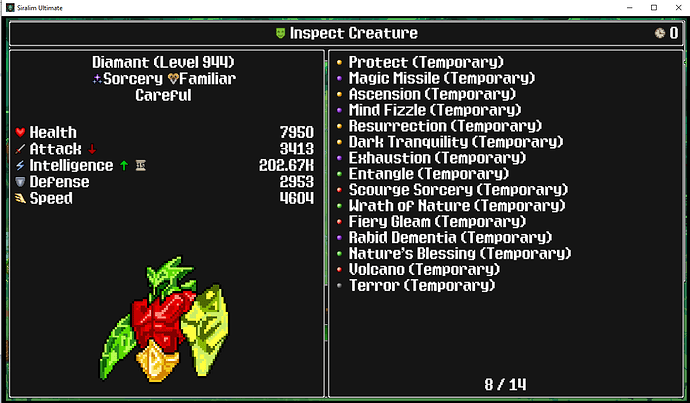 diamatspell21281×749 95.4 KB
It’s a little hard to tell because of the Generous gems and the gems from Wild Mage, but the Wild Magic gems end with Warp Reality on Alakadan, Exhaustion on Arcane Familiar and Sacrifice to the Light(Chaos) on Diamant

Hopefully this is enough information to show the issue.

Also, from testing, Gems gained from the Cabalist’s Invoke perk don’t appear in the Battle history and don’t appear to trigger Quickdraw despite nothing seemingly precluding it from doing so…