While I realize the Siralim Helper Bot is a tool for the discord and not guaranteed to be up-to-date, I recently learned it mentions that Linta’s trait, Great Expectations, should not count ethereal spell gems against it. These are respectively the damage tests from Azural’s trait in the same realm against a candled target with and without Linta’s trait fused to a Succubus Spirit and no other party members, with no gems ever equipped from the menu. Thunderwound Angel, for example, is able to benefit from Great Expectations, and Blizzard is not; thus leading me to believe that ultimate spells and ethereal spells granted at start of combat from traits are turning it off when they shouldn’t be. I’ve not tested other sources of ethereal gems. 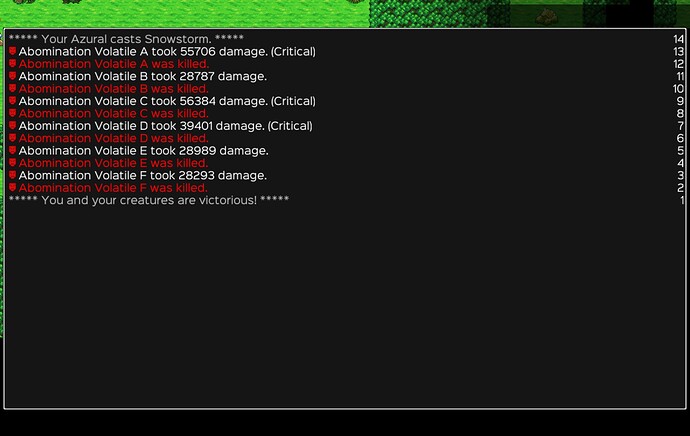 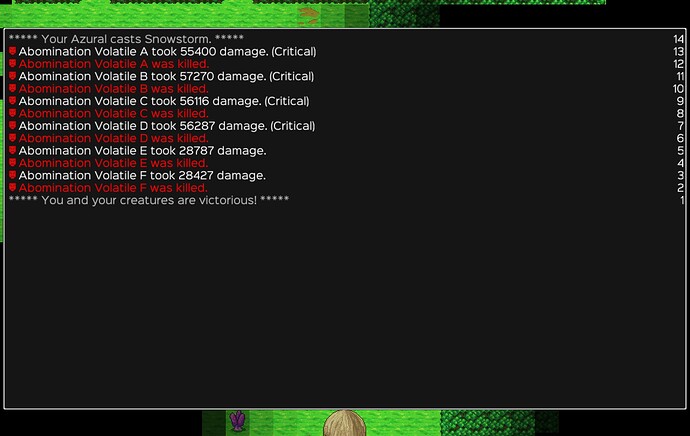