Final Arbiter seems to be setting the lowest stat higher than it should. Realm Instability 0 against a mimic 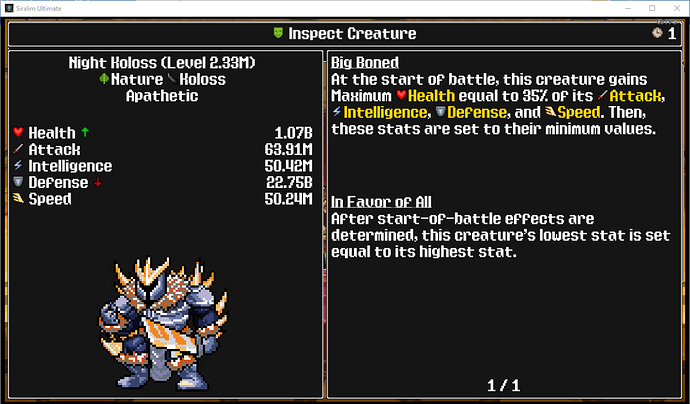 Innate Trait: Big Boned
At the start of battle, this creature gains Maximum Health equal to 35% of its Attack, Intelligence, Defense, and Speed. Then, these stats are set to their minimum values.
Fused Trait: In Favor of All
After start-of-battle effects are determined, this creature’s lowest stat is set equal to its highest stat.

edit: simplified build to make it easier to look at

Here’s what happens when these traits interact with each other:

Ok, thank you for clarifying!