I would like to discuss the updated creature sprite art because in my personal opinion most of them are inferior to their old ones. While the bulk of the sprites have always looked like something you’d find in a western monster encyclopedia from the 80’s, I doubt that ‘generically ugly’ is the art direction to transform the few that had some Dragon Quest-like charme and uniqueness to them into.

Diabolic: From something that could haunt ancient japanese shrines with their flag bearing to cyclopean uglies for some reason.
Hound: Like something from Final Fantasy previously, now they have seahorse-like spines
Giant: Look no longer ‘giant’ and boulder-like but like overdetailed miniature figurines
Dominator: Previously alien but now with added bug eyes and fins - more isn’t always better
Smith: Looked like actual Smiths before, now they’re lizard creatures for some reason
Imling: No longer the adorable little rhinocerous partner look to the Imler, they’re now as generic and boring to look as can be
Hunter: Cute sprite design easily on par with the better ones of old FF/DQ games, now they’re forgettable

I think the common factor is the sprite artist getting lost in overdetailing and overworking designs - when it comes to sprites especially, oftentimes less is more.

Especially the Diabolic and Hunter family went from very charming and a design you’d put in the background of the cover of a DQ Nintendo game and on merchandise even to completely dull. I understand if the design direction is to eliminate any japanese mythological influence in favour of oldschool western designs - Siralim was never a pretty game, but there was satisfaction to be found in identifying with your teams aesthetic to some degree, and now that’s lost in my opinion.

Unfortunately I don’t have the old and new sprite art available to post side by side - if this is even up for discussion and not at the complete leasure of the sprite artist in power, perhaps someone can post comparisons and we can discuss them.

Judging by your descriptions, I’m pretty sure you’ve only looked at one creature from each race. For example, only Diabolic Observers have one eye, and there’s only one Pit Wraith that has fins.

The old sprites didn’t match the rest of the game’s art style and were mostly recolors, so they needed to be changed one way or another. The new sprites are much more varied and fit the rest of the game’s art style. I understand they might not be for everyone, but the feedback has been extremely positive thus far and I’m very pleased with how everything turned out overall.

Yes, only 1-2 of each group. If that’s the art direction of Siralim 2 as well, too bad for me! I didn’t mind the recolours as they indicated belonging to a family, and recolours feel nostalgic from all those old jrpg.

I actually found all of them superior to the old sprites, priests and skeletons were hard to tell apart, but now each has unique artwork,and I’m not a fan of color swaps in general so I love it, personally

Recolors are fine but only up to a certain point… for example Chimeras should not be a pallet swap of cockatrices! (Another reason to hate on Final Fantasy XII) That said I love the new sprites!

+1 for the new sprites. I will admit that I was only a couple of days in before the change however.

Noone really liked the hooded cats riding panthers? Servant and Moon Hunter especially were my favourites.

I realy like 90% of of 2.3!I wouldn’t buy the game until a buddy of mine who had it on a phone gave
me some insight.theres realy not a whole lot you can do with retro graphics.I wouldn’t complain if you smashed more pixels in ;DI actualy like the creatures the most of all the graphics!Looking foward to the new floating dmg numbers in siralim 2.

Have to disagree with the OP. Personally i prefer the new sprites immensly. There are some minor aspects i might miss, but in general i like the newer ones much better. It’s a matter of taste, so no judging the OP, but for me the added detail, and the subtle differences without being just recolours is awesome.

Bring back the old Mouth of Hell… 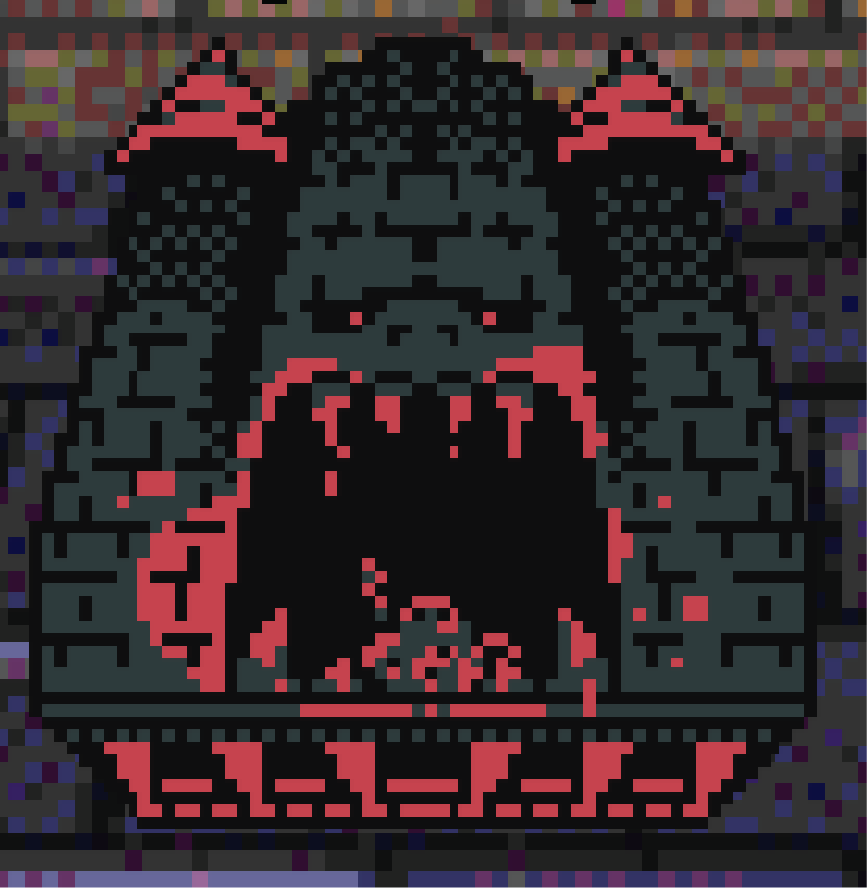 Noone really liked the hooded cats riding panthers? Servant and Moon Hunter especially were my favourites.

I absolutely loved them, while the new sprites still look decent they don’t look as awesome now it looks like they just took the hound sprites and added the hunters on them…