Hi enjoying the game a lot so far, heres a few suggestions: 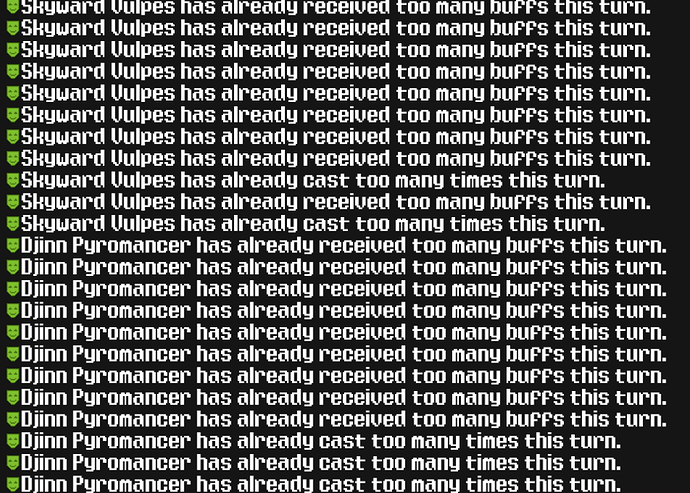 Not sure if theres a fix for it or the animation skip patch will do something for this but im still mentioning it. Note that this doesnt happen 100% of the time maybe about 70% though. Not sure if areas that give you extra buffs from breakables affect it or certain enemy creature traits that prevent me from getting buffs makes it skip this, but the 30% of the time this text doesnt appear and my t0 goes by normally.

Another solution that I think would be nice for 1 is if opening the menu again in the same Realm/Session would take you straight to the creature you were at.