Since patch 0.1.13 whenever I have a scripted battle, like from an object, or one of the NPC renegades or monsters inside a portal lair, the main monster is normal strength (instead of having extra life like they used to.) and all its five minions have stats as though they were level 1, (note in screenshot, monster is level 30, but stats are like they were level 1). This happens in the boss battles too, which really trivializes the boss battles. I figured someone else would have mentioned it already, but don’t see anything about it. I’m curious if it’s a problem with me alone, my save file being corrupted or something like that. 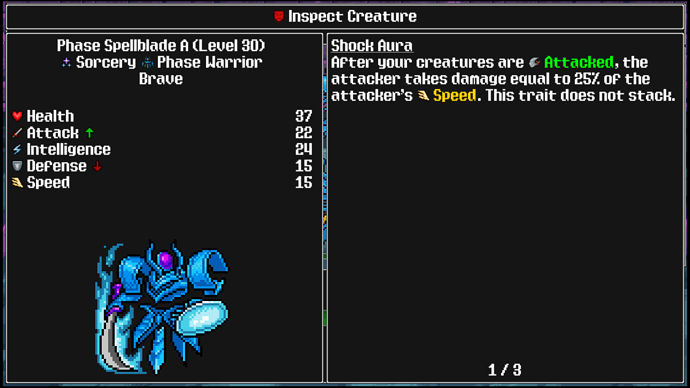 Thanks for the information!

Edit: To clarify, yes, this is a bug that has been fixed for the next patch.