I was fighting a Marble Imler who attacks 10 times when an Imling dies. With my current team I kill every creatures during the first turn and I think that the Imler’s perk is still being triggered. I managed to reproduce this bug a few times by going in the Swamplands as a Monk.

The issue is that even though the Imler is dead, he can still attack, then my creatures counter-attack an already dead enemy which can quickly become tedious.

The monster in question: 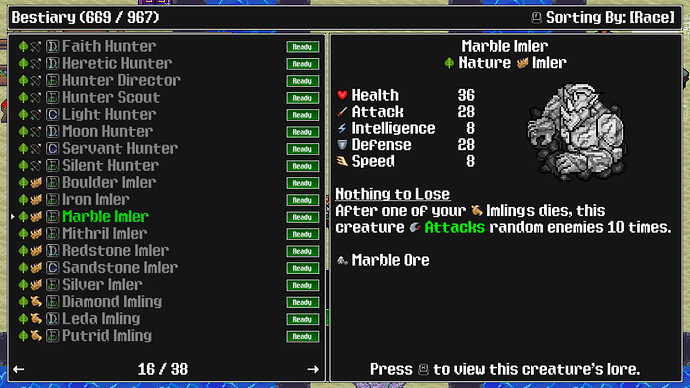 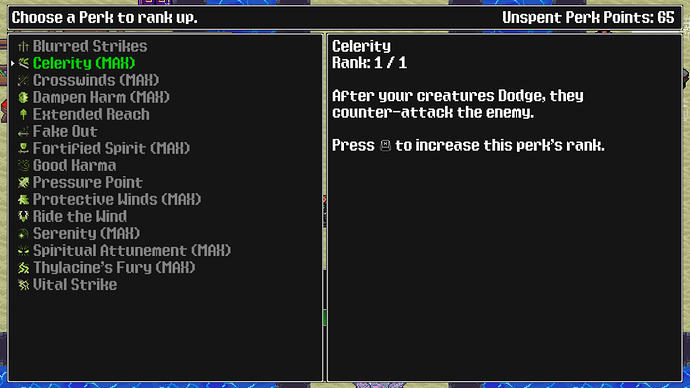 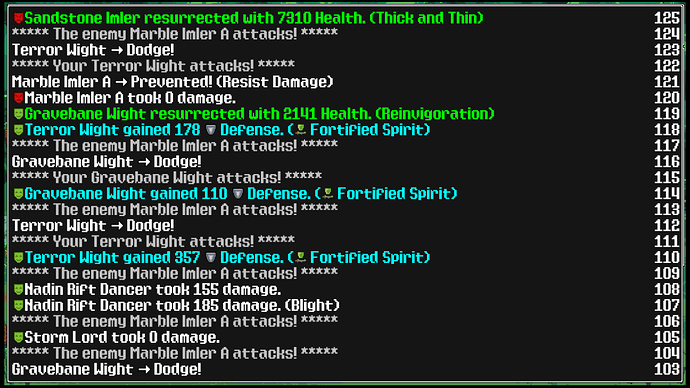 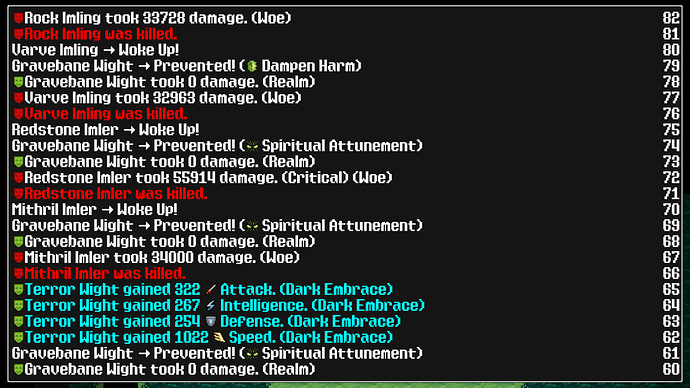 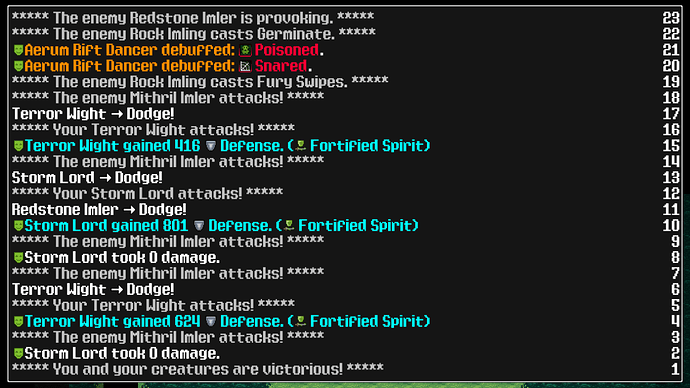 Is this all happening in one turn?

Yes, i think it does happen in a single turn. I could give you my save file if you want to easily reproduce it.

This seems like intended behavior to me. All actions are processed at the same time, so when the Imling dies, the Imler’s trait is still in effect if it dies on the same turn.

Oh i see! I was really confused at first because I saw my creatures fighting back a dead creature for quite a while. I initially thought that the turn passed and that the Imler was still somehow alive. It feels weird to dodge & counter-attack nothing haha.