Crash when attempting to use Teleportation Shrine (Android)

Hello, I just got this crash bug and decided to register to report it. Luckily it looks like I had uploaded my save shortly before being affected, so I (hopefully) haven’t lost progress, but it still seemed worth reporting.

On the affected save, the crash happens 100% of the time when I access the Teleportation Shrine and select the “Teleport to a Realm.” option. It’s a bit of a show-stopper, as you can imagine.

I’m not 100% sure if it’s related, but the only notable thing I did between my uploaded (older) save and the newer (bugged) save was to try out the Notebook feature for the first time. It seems to have bugged slightly too. I wrote a short message in Notebook slot 1 with about 4 lines, hitting the enter/new line button between each line. It seemed to work at the time, but when I reload the (bugged) save, I see that the message is now cut off after the first line - that is, it looks like no text in the message after the first enter/newline was saved.

No idea if these are two totally unrelated bugs or if the Notebook issue somehow caused the Teleportation crash, but hopefully that’s helpful information. Apart from the Notebook thing, the only actions I took between the two saves were 3 attempts at the Arena.

I attached screenshots of the error from the crash. 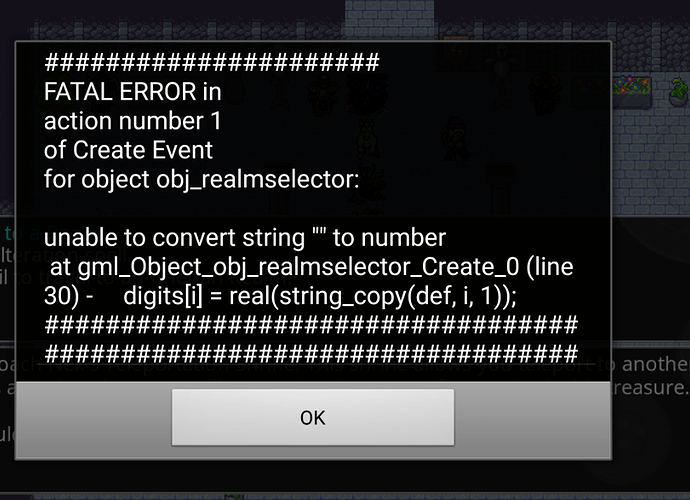 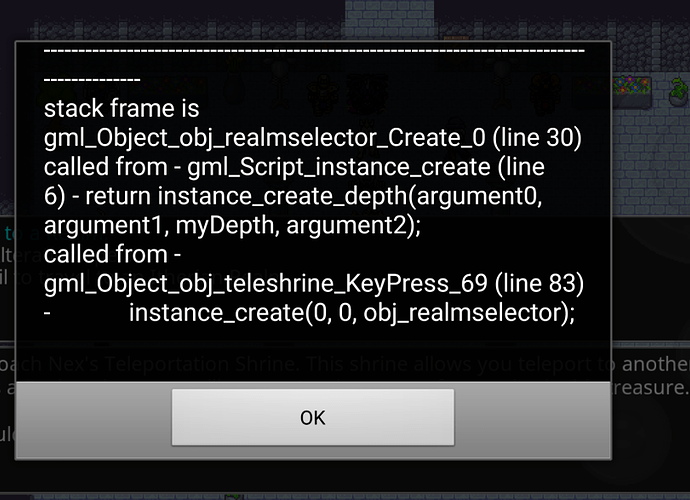 Sorry for the issue!

I can fix your save file for you if you upload it to the cloud (at the title screen) and e-mail me your cloud ID (zack@thylacinestudios.com).

The information about the notebook is very helpful as well, because that’s almost definitely the cause of the problem. I’ll fix this bug in the next patch.

Save-fixing isn’t necessary this time, thankfully. I just ended up continuing playing the slightly older save and have made plenty of additional progress since then. I appreciate the offer though, it’s really reassuring to know it’s possible to recover your save if things like this crop up.

Glad my report was helpful in pinpointing the bug!