1) What platform are you playing the game on? Windows, Mac, Linux, iOS, Android, PlayStation 4, Nintendo Switch, Xbox One?

2) What game version are you playing? Please don't say "the latest"! Your version number can be found on the title screen at the bottom left corner.

3) Please describe in as much detail as possible how to reproduce the bug/crash, or what you were doing when the issue occurred. If there was a crash, please copy and paste the full crash log, but note that we'll need more information outside of just a crash log in order to figure out what the problem is.

I keep noticing individual summoned creatures getting much, much less Max Health from Flesh Offering than others, only actually ending up somewhere below 200% of their base Max Health.

In the first screen shot’s case, it claims the Enim Ophan hit Maximum Health, but upon inspecting the creature in question it was only at 198% of its base.

The Flesh Offering spell gem has the following properties: Stat +/- Increased By 55% and Casts On Extra Target. Traits in this party are Puppet Master, Damnation’s Edge, Nighttaker, Sailor’s Warning, Infusion, and Mungus Harbinger (in the second screenshot, I had since added Viper’s Mind trait). The temporary creatures’ Traits and the enemy Traits are almost certainly not causing it, since this seems to happen to at least one creature every time I use Flesh Offering. 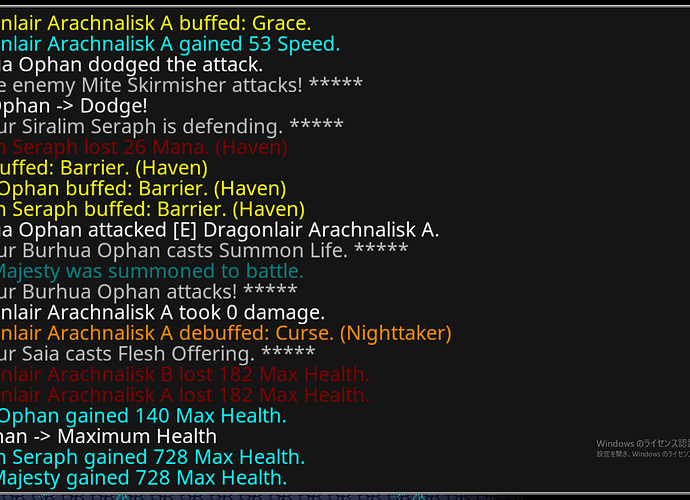 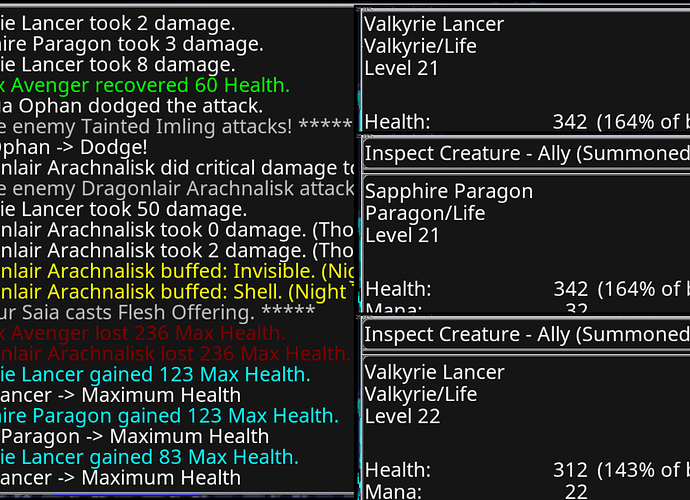 I’m not seeing an issue through my own testing but it definitely sounds like something is causing this spell to bug out for you. Would you mind sending me your save file so I can try to figure it out?

It’s in C:\Users\USERNAME\AppData\Local\Siralim3\save and will be called slotX.sav, where X is the save slot number.

If you could either attach it here or e-mail it to me at zack@thylacinestudios, that would be great! Thanks!

Thank you for taking a look at this!

Right before I attached this file, I went to recreate the bug one more time. In the first combat, all 3 temporary creatures got the proper health increase. In the second combat, the spell bugged for one of them. I’ve included a screenshot of that combat’s History as well as the creature in question’s Inspect data from after the spell resolved. 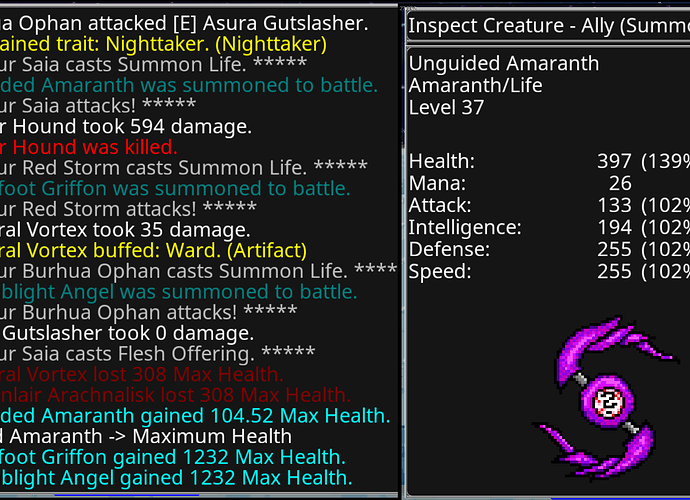 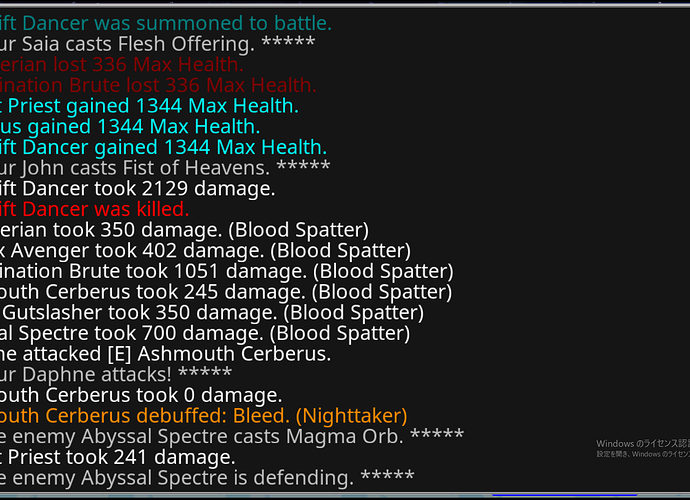 I’d love to know if that’s working as designed or not; I’m not sure, but I feel like certain effects - anything that deals damage as a percentage of X - seem to be effected by max health of the enemy as well. Let me see if I can grab screenshots of what I mean, next time.

I found a few bugs related to creatures reaching their minimum/maximum amounts of stats in battle which will cause all these problems to happen. Working on a fix for the next patch. Thanks for the information, save file, and screenshots!