Mostly 1 hit kills with lvl 10 and damage reduction 50% (I should up the difficulty, BUT the LAG for loot may be pretty bad.)

Currently with 60 Life Spell Gems equipped for 600% HP Boost, 100% HP Boost from Ruby Attunement, and Shared Base HP with Singularity. (Currently at 60% HP Boost with Deity Points. This is calculated onto your creatures base stats… I think >.< Well it calculates out this way so I’m going with it :D)

Key Spell Gems to use are Sudden Death/Death Siphon/Reincarnation/Anything that can Resurrect.

Solace/Pandemonium Fever <- I plan on replacing this trait… It really does nothing for this build. 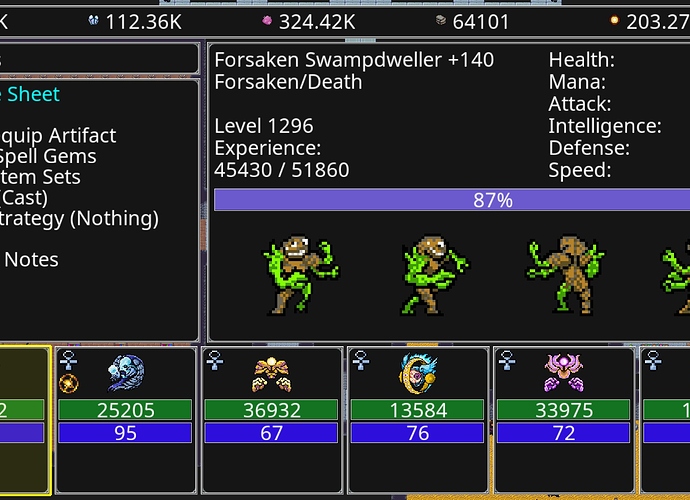 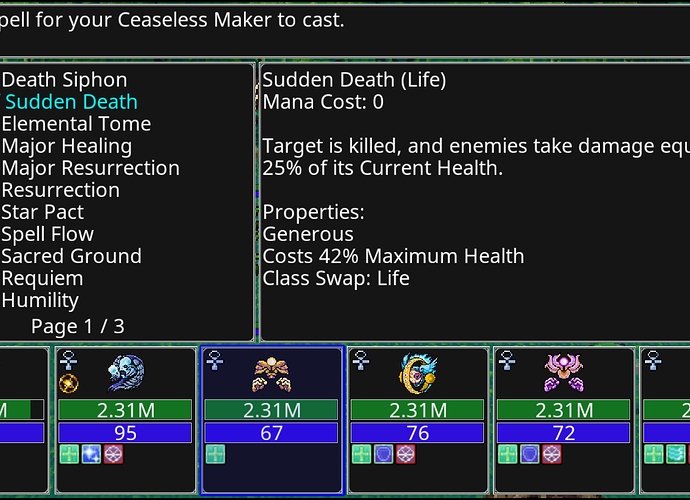 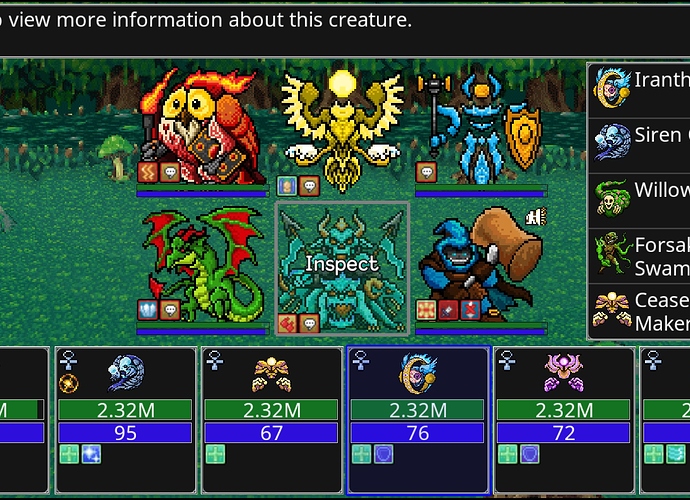 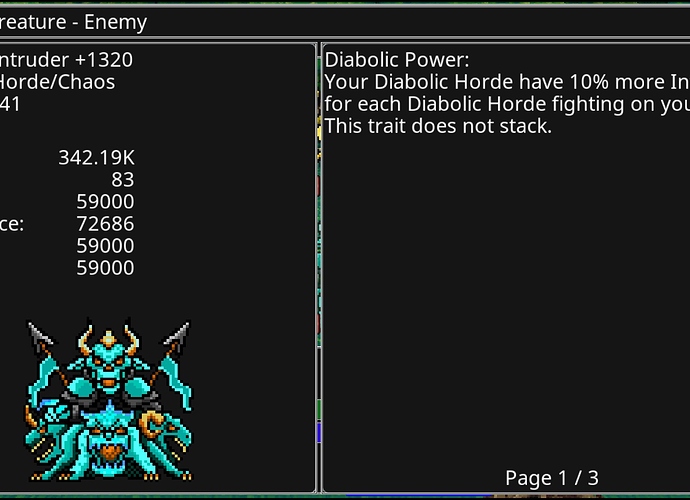 It seems strong but there are counters for anything. All it takes to turn off Woe is an elf barbarian. Misery Nemesis packs, corrupted phoenix, and malignant spirit will all prevent you from rezzing.

There’s a few options for dealing damage based on the target’s current hp so there are some enemies that will be able to kill you no matter how high your max hp goes. I would actually suggest you carry a Rain of Blood spell, swapped to life of course, bleed is great against enemies with way too much hp. It might make mirror balls go faster.

You have a great end game build that can probably win almost any fight you get into but it can be killed. If by game breaking you mean not fun then you can redesign your team.

looks good but game breaking would be something independent of stats that goes off max enemy hp or something and dodged all the itherian restrictions as well.