I’ve had it happen a few times now that my entire team will go first before the enemies, even though my team is sitting at ~30k speed each and the enemies are at 1mil-7mil each. I am far outleveled, too.

I used to be a nature mage but switched to life and am not sure if somehow their perk that has a chance to start creatures at the top of the queue is still applying sometimes?

I’ve attached a picture of the most recent time this has happened. I couldn’t find any traits on the enemies that would have caused this. This is a fight in a sand pit boss room. I know it’s happened previously on a Misery nether pack as well, but can’t remember the others. It is rare.

I do have Spur of the Heavens and Carnal Genesis, but it’s the very start of battle so the only thing in the combat log is Rejuvenation healing the current creature and getting the barrier.

It actually hurts my strategy for me to go first! 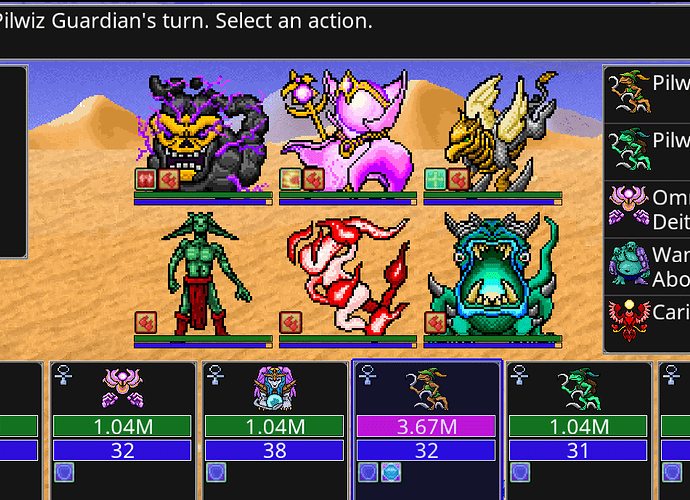