Griffon Silverclaw trait does not consistently make all griffons defend

I have a team of 6 griffons. The griffon silverclaw effect is supposed to make all my griffons defend when 1 griffon defends.

However, im attaching screenshots showing some of the results of guarding with 1 griffon.

Which griffons actually defend is very inconsistent. Anywhere from 3 - 6 griffons defend, while the others inexplicably do not (and thus do not cast spells via wallflower)

There are no “chance to” effects that bring them out of defending after casting and no other monster effects blocking / hindering this effect.

This appears to be a bug and has been easily replicated (though again, with varying results as to who does and does not guard) 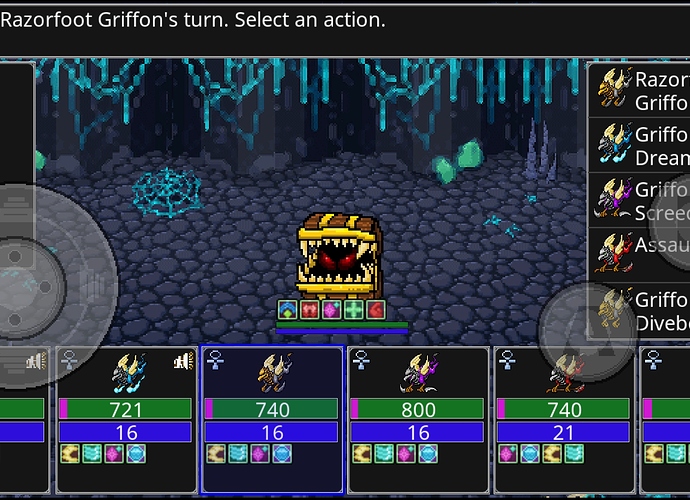 In the first example my Griffon Dive Bomber did not defend. In the picure vs the mimic, only 2 griffons actually defended. This is repeatable and appears random as to who does and doesnt defend but it is CONSISTENTLY not everyone as it should be.

Attached is the battle history. As you can see, my silverclaw defended, then 2 other griffons followed. The other 3 did not. 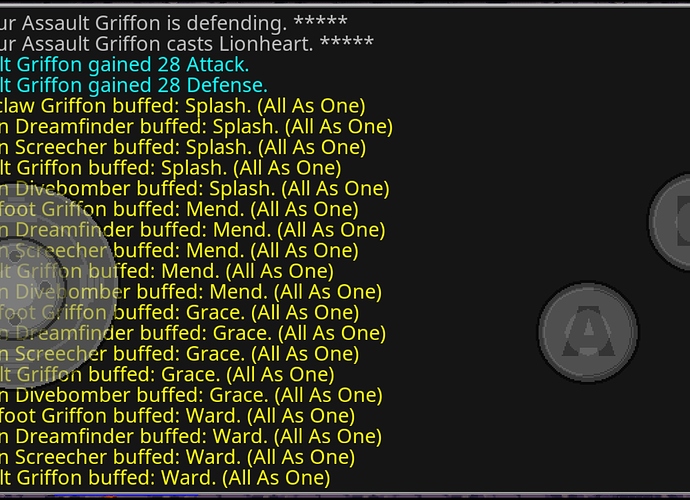 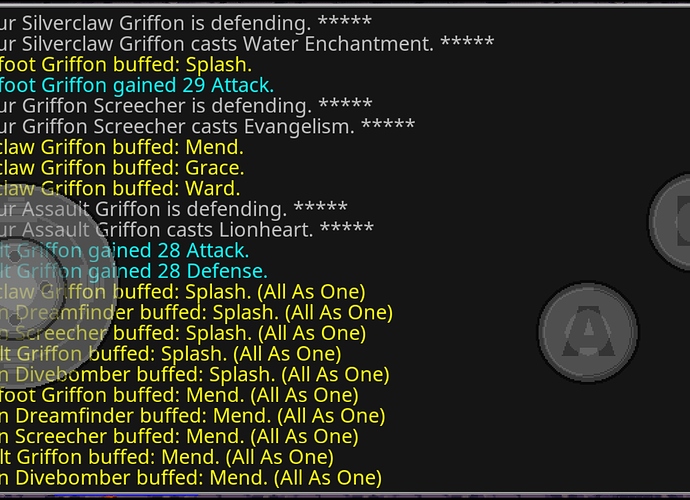 Thanks for the info - I’ll look into it and fix it in the next patch!