First Off: I love this game. Keep up the good work. Loved Siralim 3 and where Ultimate is going.

Bug: Soulflayer Drone Trait “Group Therapy” + Diabolic Horde Mastery Trait creates infinite (or near infinite) loop of heals. With my team listed below, when my Undolim Seraph Defends, it heals all of my creatures at least 2 times (Soothing Rain + Fan Dance.) Because all of my creatures are dominant creatures due to Master of Diabolic Horde, the Group Therapy trait causes this to become a ridiculous amount of heals. I cannot tell if it is an infinite loop or not, because it starts to bog down the speed of actions and I have been too impatient to hold the TURBO button down long enough to see if it ever ends. See screenshots (uploaded below) of my party - they get super buff but this one turn never ends and they just keep on healing. Even if this was working properly, it might be too strong of a combo. My creatures start with about 1k health and get into the 500k hp range in one turn (and would surely go higher if I didn’t end it by closing the game.) I have no idea how high the Def and Atk stats are because I can never get a chance to look! XD

Soul Flayer Drone Trait: Group Therapy:
After your dominant creatures heal a creature, the others heal that same creature as well. Creatures that belong to the most common race in your party are dominant. This trait does not stack. 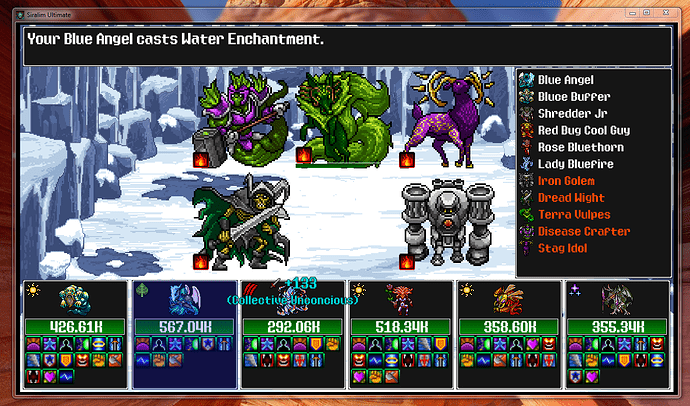 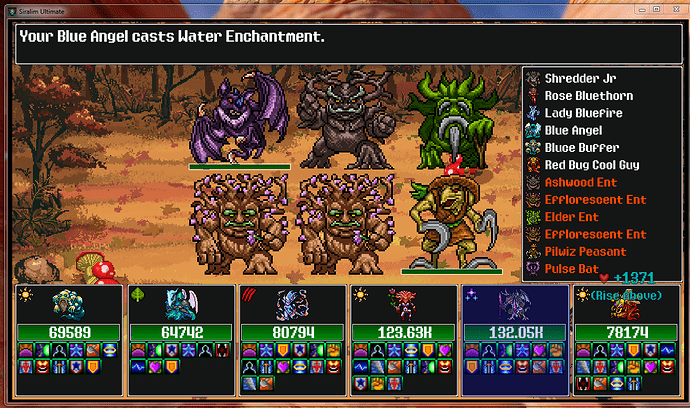