Hemomancers are completely messed up

Some hemomancer traits seem to be a glitched mess.
Example : I fight an Hemomancer Seer, and attack it. Its trait activates (it shouldn’t), seals my creature’s spell gems, and somehow gives copies of it to my creatures instead of enemy creatures 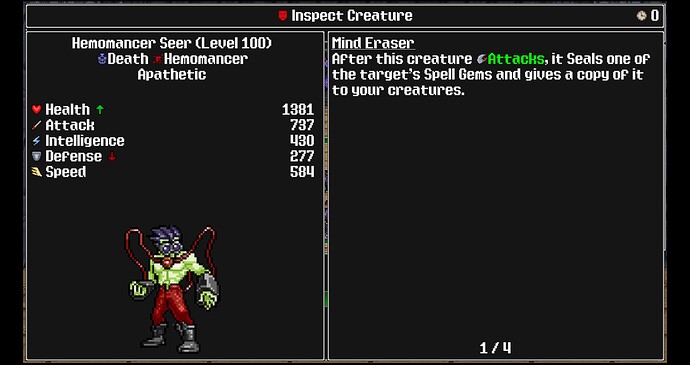 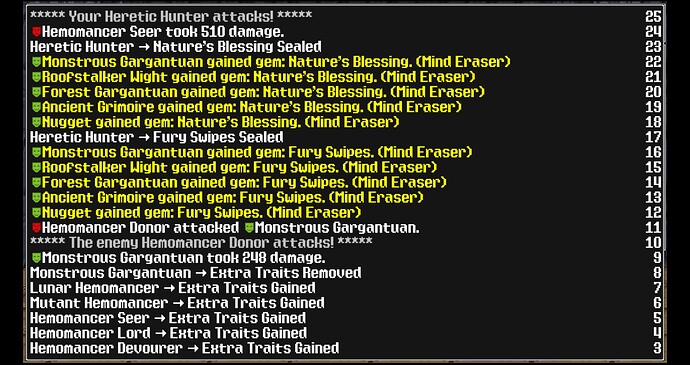 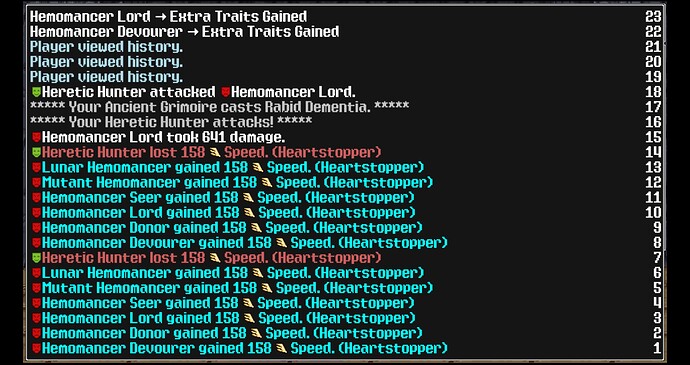