I have a Manticore Conqueror. It has the trait whiplash “After this creature attacks, it also deal damage to 2 other enemies equal to 40% of its attack”. I equipped it with an artifact that gives it the charge trait “At the start of battle, this creature attacks random enemies 3 times” That works just fine but whiplash doesn’t trigger 2 times all the time. Sometimes whiplash just triggers one time.

Thanks for the details, I’ll take a look.

Thanks so much for checking it out. You resolve these issues at breackneck speed!

I upload the picture to better ilustrate what I mean. In the second attack you can see that just one instance whiplash occurs when it’s supposed to bet hit 2 other enemies. It was the start of battle so there where other targets (if the issue was the it could not target the same enemy two times but I think it can). 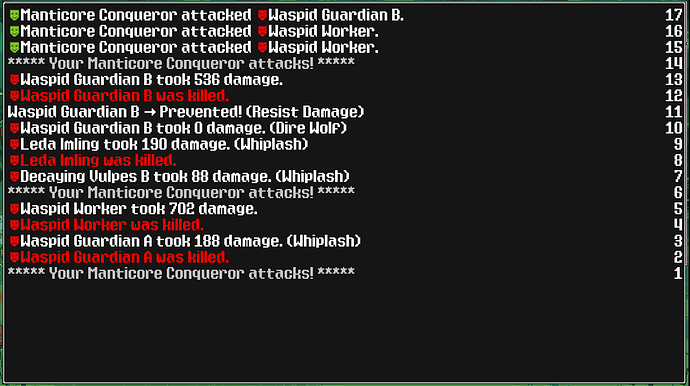 In the second picture you can see that Whiplash doesn’t trigger at all in the second attack. It was a normal fight with hunters, no fused monster or realm properties.