Had a realm debuff causing me to start each battle asleep (lucky me), and although one of my creatures showed the sleep debuff, it was still taking turns as normal. I think I must have missed the message that it had woken up, so I can’t confirm that it did or did not ‘officially’ wake up.

This didn’t hamper me in any way and just seemed like it was showing the sleep debuff icon by mistake. I’ve attached a screenshot where it can be seen that it’s my creatures turn and the debuff still shows. I had plenty of encounters with the realm sleep debuff and otherwise it worked exactly as expected. 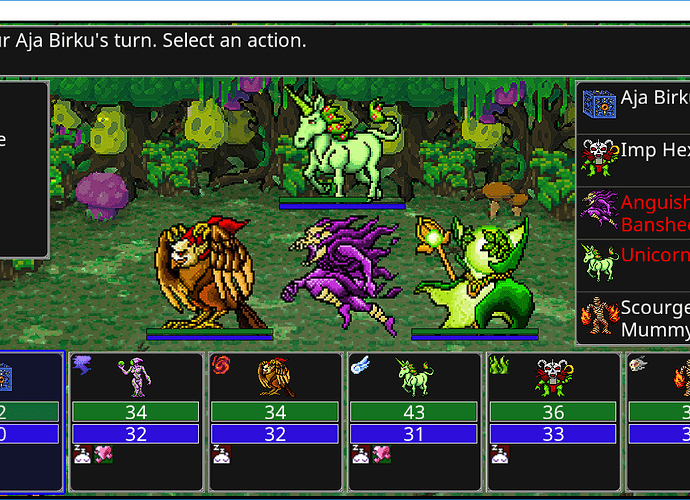 Thanks for the info! I’ll take a look.