Not Getting Steam Achievements

This is a bug that I noticed starting yesterday. I am no longer getting achievements on Steam that I should be getting (I am getting the achievements in-game).

Anything I can do to fix this? I wondered if it might be due to slightly different versions being available on mac vs PC perhaps?

I’m having the same issue, also on Mac. I thought it was odd I hadn’t earned a percentage achievement, so tested with one of the artifacts and confirmed that I’m getting in-game achievements, but not those on Steam.

Can you verify your game files and make sure you’re fully updated? They seem to be working on my Macbook.

Yep, did both and just unlocked another artifact to test - got the in-game achievement, but not in Steam.

I also just verified the game files and ensured there were no updates, and I am also still not getting Steam achievements. I did transfer the game file to my Windows machine and upon continuing the game there I retroactively earned the achievements on Steam.

I just released a small update for the Mac version on Steam. Please restart Steam to make sure you’re fully updated. I’m not sure if it’ll fix the problem since I can’t seem to reproduce it on my end, but hopefully, it’ll help.

Really appreciate you pushing an update, but unfortunately I’m still not getting the missing achievements - hoping that they’ll come in retroactively like HDC mentioned, once I’m back on a Windows machine.

Just wanted to confirm that the update does not seem to have fixed things for myself either after testing today. If it helps at all to have a more specific timing, I was earning achievements while playing on the 1st, but wasn’t earning them on the 2nd of February.

I’ll keep trying, then. Thanks for the update! I’m at a loss for why this suddenly happened since I didn’t change anything related to achievements in the most recent patch, and it’s extra strange that this only seems to affect a subset of Mac users and not Windows/Linux at all.

The good news is that Steam achievements are granted retroactively, so once this is fixed, you’ll get all the achievements you earned in-game automatically.

Still working on it, sorry! The recent Android/iOS releases required my full attention, but now that the dust has settled on that end, Mac fixes are my next priority.

I’m currently experiencing this issue too, went through the suggestions above and still only get achievements in game, not through steam. Just thought I’d bring it back up here in case any updates had been rolled out for this since March and I’m not seeing them. If you haven’t gotten around to working on it yet, that’s cool too, just wanted to make sure

Im a manjaro user, and recently that i returned to playing ive noticed i neither get steam archivements. Reinstalling and checking the files integrity havent worked. Steam aknowledges the game and overlay works (at first i thought it was steam because i had a bunch of days it randomly dced, but after that stopped happening i still get no archivements).
Thou i have no idea about this stuff, if it helps, in the game franbow there was a similar issue, apparently “It seems one of the libraries in the steam runtime prevent them from unlocking properly”, not sure it helps, but there

I have a complete team of 6 fused centaurs yet am not getting ultimate experimentation achievement, sofar this is the only achievement had this issue with 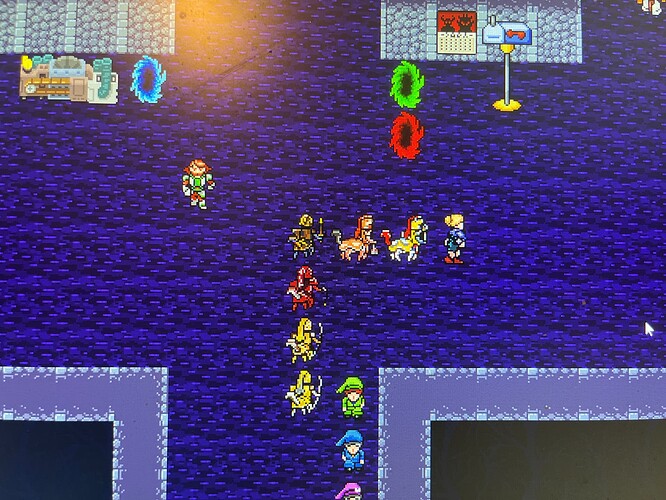