For those of you who are not aware, I have a bug in my stable where I can’t breed monsters without waiting 10 minutes due to the sheer amount of monsters in my stable.

With that being said, I noticed something interesting.

Every once in a while, while the loading is taking place, I get a free legendary material. It’s always the same one: Twin Swords of Misery.

I am on the latest and greatest Android. 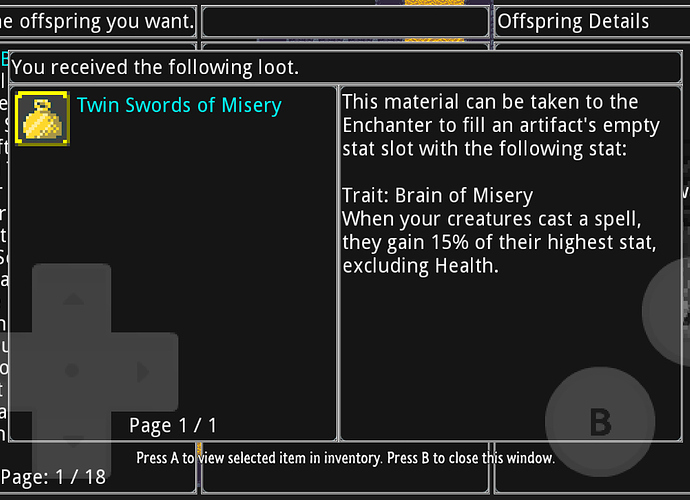 Hey, that happened to me too!
With the diference that it only happened once, after i beat misery and went to the stable the first time after beating him. as soon as i talked to the breeding master i gained that item. it didnt happen any other time after that.

This is happening to me too. Happens at all sorts of times when loading realms, loading the game, etc.