I’m testing out a new golem-apocalypse fusion team I have dreamed up with my reaver, and I have run into an enemy that is strangely invincible and I cannot figure out why, and I thought I would report it as a bug.

The enemy is a Wyvern Toxicfang (level 275) 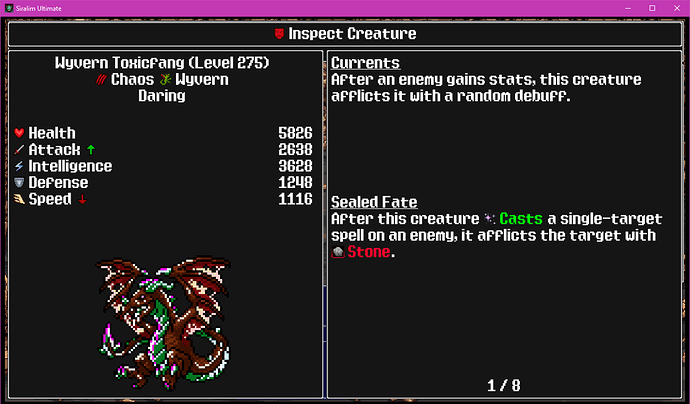 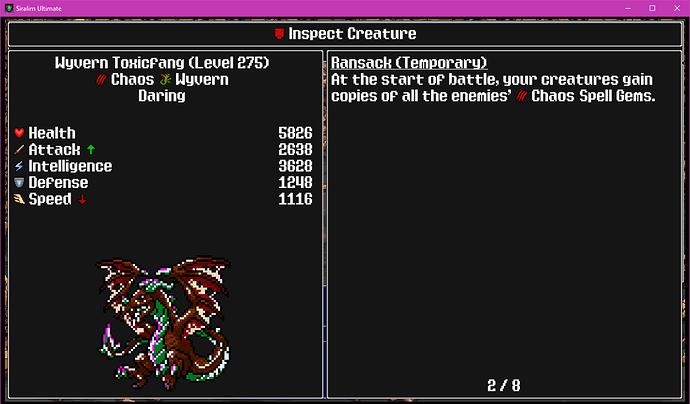 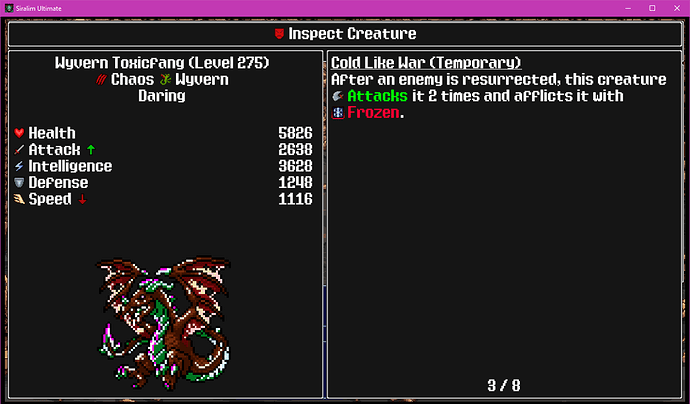 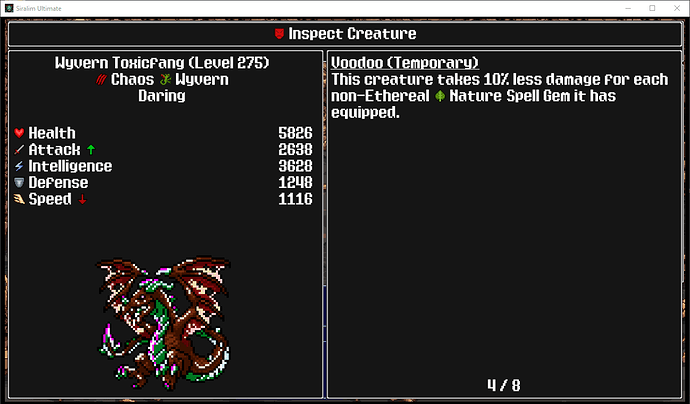 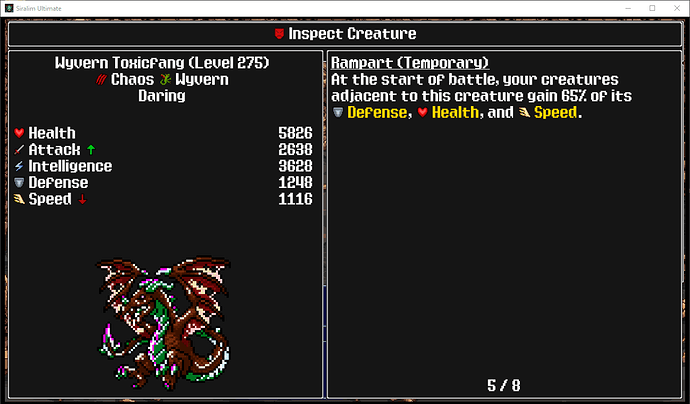 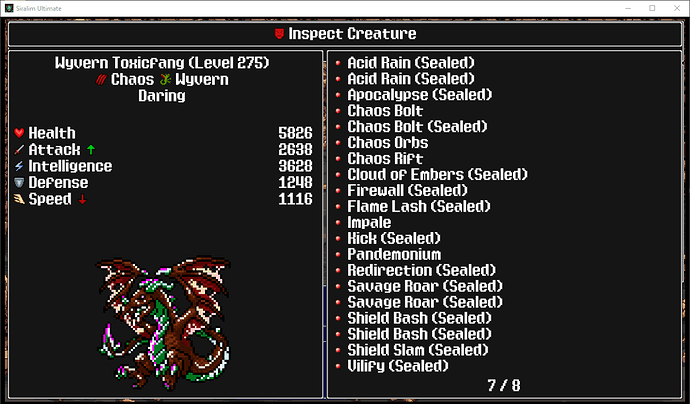 I don’t see a single trait that should make it stand up against this: 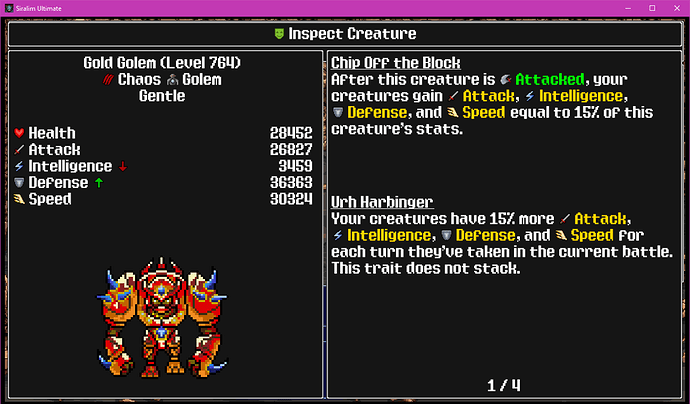 Any idea why I do 0 damage against this wyvern?

What realm traits were there?
Actually the only thing I’d think would be if he was the only one would be it being a Champion Nemesis?
Might be a bug though.

Nothing that would have affected that, though you can’t check in combat, to be sure.

It was not a champion nemesis, either, and even if it was, it probably wouldn’t have mattered because I did well over 40k damage to its buddies when I killed them off. It was just this one, which my macro had been choosing to attack because it had less defense than its friends when I just held down E.

Yeah that’s really strange, I think some people have been reporting bugs with traits that raise stats and some occasions where it uses the wrong stat, so maybe this is some combination of that, haha.

Like maybe it’s using his base Intelligence or something for some reason (as that looks like it must be pretty low, haha).

Seconding, I’ve run into oddly invincible creatures that were a dozen levels lower than my creatures yet were taking 0 damage from everything except debuffs even though there were no traits- nether, realm, or otherwise- that would have contributed to this.

It’s always specifically the last enemy too, regardless of position. I’ve had this bug happen to me three times already and while I can get around it, it’s annoying.

After further testing, I believe this is related to some sort of debuff. Probably snare, as I saw “freed” pop up above a creatures head, and once it was gone, I was able to kill it.

The debuff might have been stone although theres no way for it to randomly get that unless an enemy was confused and inflicted it on an ally but stone reduces the damage you deal and in a realm where enemies are resistant to debuffs stone will make them invulnerable until it expires. Another thing is its artifact might have had chaos strength.

I can 100% confirm it was not stone, I looked for it. And Chaos strength should not be preventing 100% of all damage.