Despite what people tell me on the discord server, my game seems to stop dropping sigils once I have 75-76 in my permanent inventory. I think the one time I got 76 is because my 75th was pending when it dropped, or they dropped at the same time.

I don’t see an option to limit Sigils at the Enchanted Trash Can. Is there some sort of soft limit on sigils until you’ve played around with the system a bit and remove the cap, because people on Discord say they’ve had as many as 2000 at a time. Or is the limit new?

I finally did a bit of testing to confirm my suspicions about the cap by discarding a handful of sigils with bad-for-me modifiers, and started finding 1-2 Sigils per normal realm with 1000% CJ settings. Once I hit 75 again the sigils stopped, for at least the last 10-15 realms, maybe more, so I don’t think it’s just bad luck. I’ve noted myself being capped around 75-76 sigils on 2-3 different occasions, now, after ending Itherian runs and going back to pushing normal realms…

EDIT: Someone mentioned Achievements and how they effect drops, so I’ll add that info: 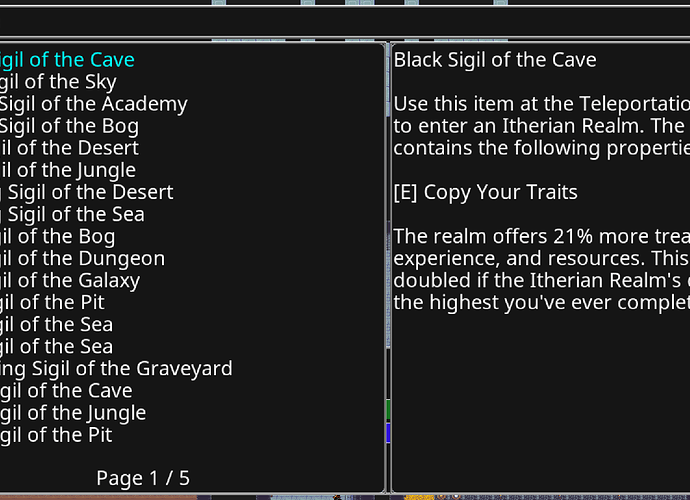 Your chance to find Sigils is reduced as you acquire more to encourage players to use them up rather than hoarding them.