So I’m thoroughly baffled by these stat gains I was experiencing earlier today (version 0.3.4). I’ve had some confusion earlier with the interactions between a number of my stat-gaining effects and all, but generally I think those were just caused by “Less Stat Gain” but this I can’t figure out…

In a realm with stats swapped but no “Less Stat Gain”: 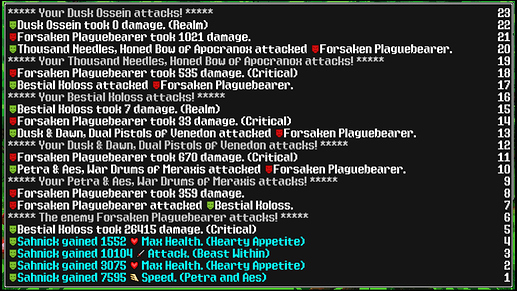 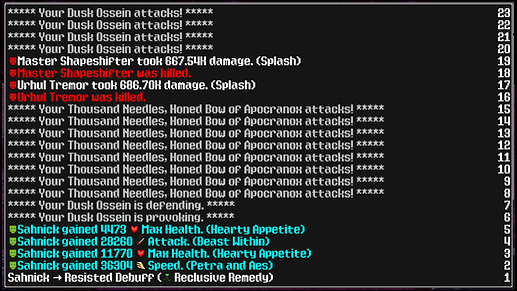 I guess maybe the stat-swapped realm was giving boosts based on the lower stat, which brings me to wonder how exactly it works, as I had over 100K speed, and I thought P&A was supposed to boost by around 15-20%? Does it only count the speed at the start of battle or something? (Maybe instead of a hard cap, it just lowers gains after a certain point? Idk)

Is it just me that feels like these values are off?

I suspect that the stat-swapped realm swaps your creature’s stats randomly before the Petra and Aes and the Beast Within are applied.

So you may have 100K Speed, and Petra is supposed to give you 50% of that, but with 24% less stat gain that amounts to the expected 36k instead of 50k, approximately, so that seems accurate.

In the stat-swapped realm, I had ~100k speed at the beginning of my turn, though, not base speed (so that’s after swapping).
In the “Less Stat Gain” realm I would have a few hundred thousand speed at the start of my turn, and would get that speed boost (when I have 500K speed and gain 24% less from the 50%, the numbers seem off) and if Beast Within is supposed to give 50% of the stat gained as attack, how is it so far off from 50% of it?

Here’s another couple screens showing my creature’s stats and what he gained on his turn in a realm without swapping or reducing gains. 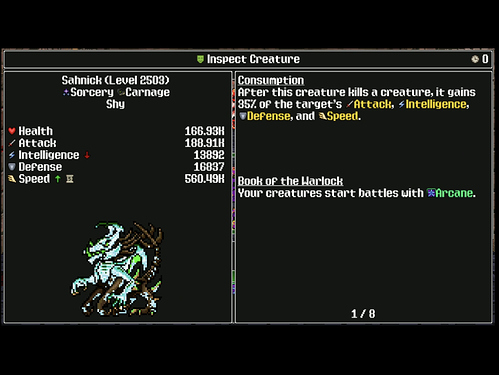 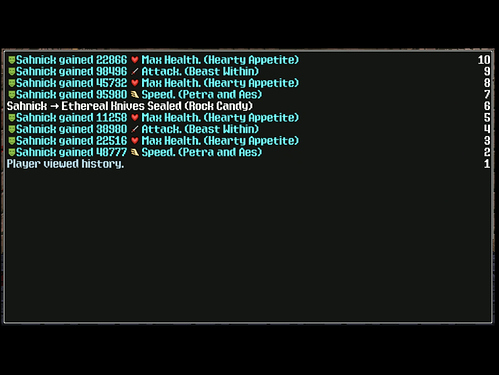 Maybe it just has something to do with my Druid Spec or my Ossein boost, and some of the bonuses aren’t counted as part of the calculations?

I’m still not sure if these numbers are intended or not, but they don’t look right…