This is the party I brought to the GOTG fight with Gonfurian:

A site for planning and sharing Siralim Ultimate builds. 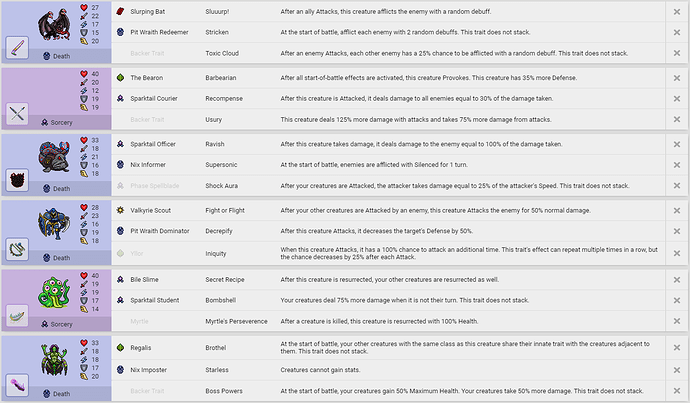 The idea is to debuff the enemy team in the following way. Suspected unintended behaviour in bold:

The Battle Log does not mention either of the debuffing traits.

After some more testing, the culprit seems to have been Regalis’ slot. As soon as I switched her out with a fused Friden/Gorgon Trickster, everything seemed to work like a charm. I wonder what the problem was. Maybe too many attacks triggered by the shared ‚fight or flight’ trait?