BUG:
2 of my creatures died during a battle, but their healthbar still showed them as having a barrier, it made it hard to notice they were dead. They still “had” buffs as well.

I tried to look it up in the combat log, but coudnt find anywhere in there that said they died or took any noticable dmg.

So dont have too much to go on and its not really a huge bug, but it can be a bit confusing, since its hard to notice dead creatures. 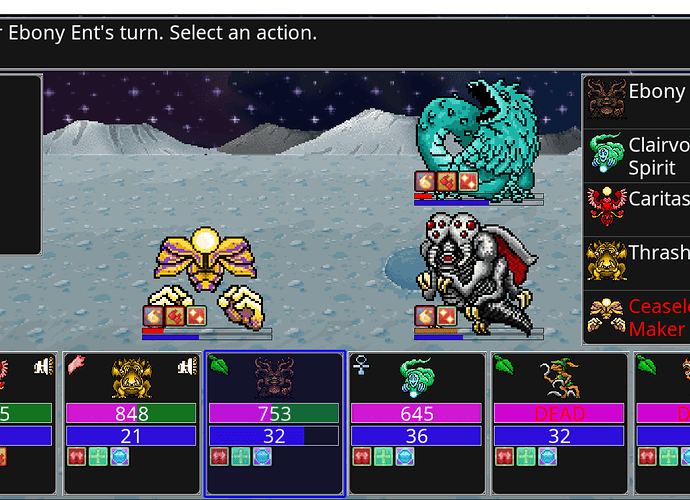